Second Stimulus Check May Come in 5 Waves, Find Out Your Priority Group Here 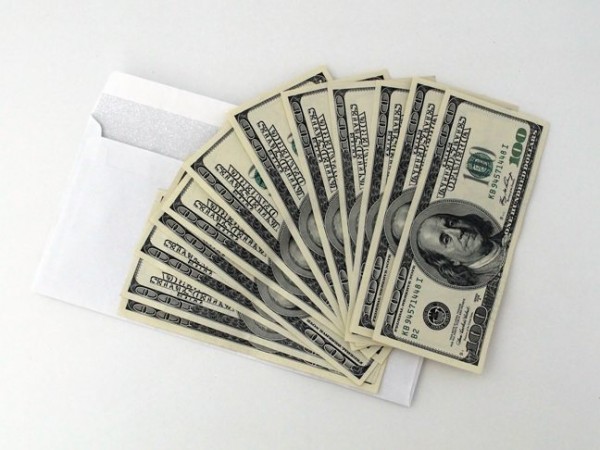 For those who received the first stimulus check, many may not know which priority group they fell into.

So, while negotiations on the second round of stimulus checks are still underway, it's best to know how long you'll have to wait based on your priority group.

The final date for the second stimulus is still up in the air. Negotiators are still on the back-and-forth of having the bill ready before Election Day.

According to the New York Times, House Speaker Nancy Pelosi is optimistic that a deal can be reached before November 3.

Meanwhile, Senate Majority Leader Mitch McConnell made his opposition clear. He warned the White House not to make a deal with Pelosi.

Whether the bill does pass before the elections or not, negotiations will still happen. A second round of stimulus checks is still likely to happen, so there's still hope after the election.

The timeline of the passing of the bill is still unknown, but the general schedule for payments isn't expected to change.

Read on to find out about the possible timelines based on the priority group.

How Soon to First Payments?

Treasury Secretary Steve Mnuchin said the first priority group would likely receive their stimulus within a week of passing the bill, reported Digital Market News. They will receive their payment through direct bank deposits.

CNET looked at the Senate and House calendars to bring up a plausible timeline.

It is also expected that to check the status of payments, those who'll receive direct payment can look at the Get My Payment tool by the Internal Revenue System (IRS).

What are the Priority Groups?

There are three different ways the IRS has sent money to at least 160 million.

There will be direct deposit recipients, complex and catch-up payments, Economic Impact Payment (EIP) recipients, and others.

The IRS is expected to adopt the same system, or if not roughly the same as it. Here are the five priority groups:

Direct Deposit recipients are those who already have their direct deposit information with the IRS or those who gave that information upon registration.

They will be the first in line to receive stimulus checks. This method is more efficient and faster, which is why they get their payments first.

Social Security beneficiaries are the second group to receive payments after direct deposits are given.

They receive their checks within a week of the stimulus plan's approval, but not always on the first day. They also have direct deposit information on file with the federal government.

Physical check recipients are those whose direct deposit details were not on file with federal authorities. In the first round, they received their physical checks through the mail after a week of the bill's approval.

EIP card recipients are given prepaid Visa cards that the IRS sent to about four million people in mid-May. They'll likely receive their cards after the first direct deposit transfers are fulfilled.

These situations happened if people do not file their taxes and did not fill the needed forms. People may also be under this group if they are unaware that they needed to do an extra step to receive payment.

Could You Get EIP Cards Instead of Stimulus Checks? Here's What You Need to Know

How to Create Your Own $1,200 Stimulus Money