The Latino youth aggressively participated in the recent election and they comprised the largest number of voters among the community.

The Latino community is the second-largest voting block and the largest minority group in the recent 2020 U.S. presidential election.

Though it is not yet known if all of the 32 million registered Latinos casted their votes, study showed that Latino youth became aggressive and influential during the election.

Voto Latino, one of the Latino groups, has been empowering members of the minority group for 16 years. They spent most of their time educating, engaging, and empowering Latino voters before the election.

The group wants to make sure that Latinos will exercise their rights by casting their votes on election day. 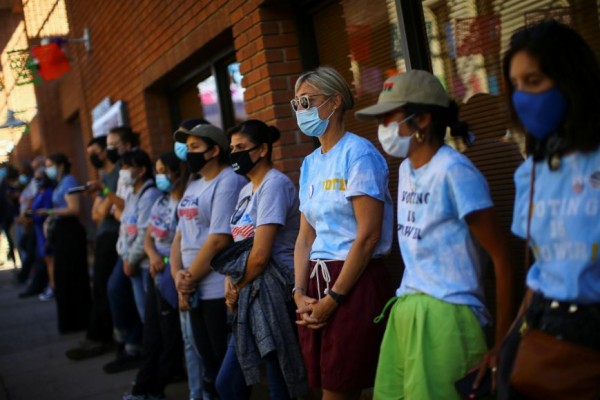 The efforts of the Voto Latino paid off during the election. The largest minority group became aggressive and most of those who casted their votes were young Latinos.

According to PR Newswire, young Latinos have somehow helped Joe Biden to win the election, though the majority of the Latino voted for Pres. Trump.

One of the factors of the high returns of votes among the Latino community this election is due to the global pandemic.

Instead of voting in-person, most of them casted their votes through mail-in ballots. This is also the method of voting that Voto Latino has been advocating.

Meanwhile, around 697,872 Latinos cast their votes early in the states of Arizona, Georgia, Nevada, Pennsylvania, and Wisconsin. These are the battleground states where Joe Biden won. It was also found out that most of the Latinos who voted early ages between 18 to 29.

This is so far the election where young Latinos outvoted their older counterparts. Voto Latino said that this is because of their consistent effort in being in contact with young Latinos. This election also proved that Latinos across all ages should not be ignored in the upcoming election.

María Teresa Kumar, president and CEO of Voto Latino, said that the group mobilized 3.7 million voters and many of them were first-time voters. They also said that young Latinos were very essential during the election because they made sure to register and vote.

Additionally, young Latinos also encouraged their friends and families to do the same. Voto Latino also explained that this election is very important because future candidates will be reminded of how the Latino community could help them to win. The era of the Latino and Hispanic communities in the U.S. is finally recognized.

According to the data obtained by the Voto Latino, the group was able to register around 601,330 voters for the 2020 election cycle.

One of the most important contributions in this year's election is that they were able to register thousands of first-time voters across the country. They were also able to encourage young Latinos to become active in the critical states where their votes are needed.