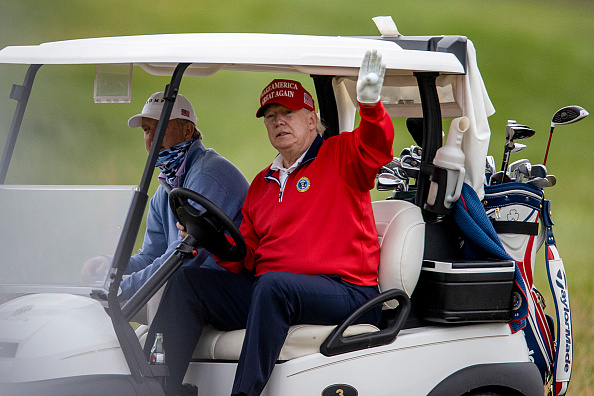 A new poll by CNBC/Change Research showed that most of President Donald Trump's supporters in the 2020 election had unwavering support for the president and think he should not concede.

This is despite media coverage that had declared Democratic presidential nominee Joe Bide as the "sure winner" of the election.

But it appears only 3% of Trump supporters think Biden's projected win was legitimate.

In a CNBC poll analysis, it was said that only 3% of Trump supporters believe he should concede the lection to Biden and start transfer of power.

Another 31% of Trump supporters think any election challenges should be fought first until results are certified while 66% think Trump should "never concede."

Even though 24% are not sure who should be the president, a staggering 73% consider Trump as the legitimate winner of this year's election.

According to Washington Times, the analysis suggested that even with the overwhelming support, Trump supporters can't really change the outcome of the election.

The CNBC/Change Research poll involved some 1,203 American adults who voted for the president.

It was conducted from November 18 to 21 with a margin of error of plus or minus 2.8 percentage points.

Trump voters are undoubtedly with the president when it comes to election results, but many believe this support could extend for the long haul.

One example is Dylan Martin, communications director of the California College Republicans.

He said Trump had the right to question the outcome of the election's legal challenges and reiterated that the media can't decide who ends up being the president-elect.

"We fully support President Trump's legal challenges. Al Gore got 30-plus days to fight the results in 2000, and Democrats and the media should afford President Trump the same courtesy," Martin told Al Jazeera. "Whether his suits change the election results is not the main issue."

He said Trump's campaign had managed to unearth hundreds of affidavits alleging voter fraud. So to deny this idea in court and even claim that there was no evidence at all was a "gross misconduct on the part of the press."

According to the CNBC analysis, loyalty to Trump "runs deep" among the respondents of the poll.

Should the president decide to leave the GOP, many of his voters will still follow him.

Some Trump Supporters Think Election Was 'An Embarrassment'

There are at least 25 failed lawsuits filed by the Trump campaign as of November 23.

But Trump still insisted that he has fallen victim of widespread voter fraud.

One Illinois voter, Stefanie Mingari, said Trump "deserves a fair, lawful, and orderly election process which we are not seeing.

Mingari is also a member of the Northwest Side GOP Club in Chicago, Illinois.

She called the election "an embarrassment" since the integrity of the USA was at stake with the fraud and injustice she sees every day.