Here's What It Would Be Like in Trump or Biden Presidency

Whether President Donald Trump or former vice president Joe Biden wins the election, one thing is for certain: they'll be leading the country in different ways. So what can we expect from their individual brands of presidency?

While there are many things in store for Trump and Biden, a more pressing concern is whether the tension between Democrats and Republicans had reached poisonous levels.

In that case, if one party wins the presidency, some doubt if they other could bear to lose.

American Thinker said that throughout the Trump and Biden campaigns, some questioned if the race to presidency would destroy one of the country's major parties.

Both sides still seem determined to fight for the White House seat more than a month after Election Day.

On one hand, Trump filed lawsuit after lawsuit to push his allegations of voter fraud that he believes "rigged" the election. On the other, Biden busied himself with assembling his Cabinet.

The Washington Post said in its analysis in September that no matter who won, except for a Biden landslide, there is going to be an expected "street-level violence", "political crisis" and "constitutional crisis."

But what happens if an official winner gets declared?

What If Trump Wins?

Same as Trump's victory in 2016, Australian broadcasting network ABC News said there will be "plenty of disbelief" if Trump wins one more term.

Mainly, this will be since Trump managed to defy polls once again, and this time the projections made by the media.

As for a concession, if it is proven in courts that Trump indeed won this year's election, his win would be accepted by his opponent. Biden also said he won't encourage civil unrest in case of a Trump win. 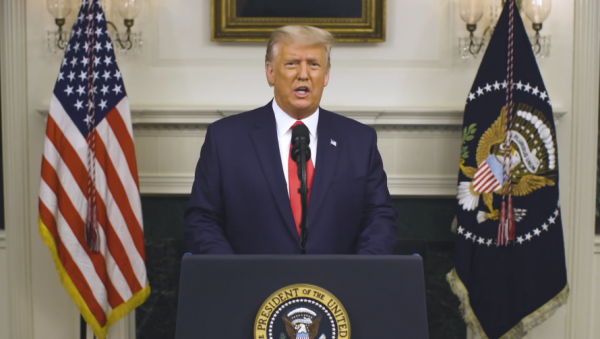 (Photo : Donald J. Trump on Facebook) Screenshot from "Statement by Donald J. Trump, The President of the United States" video on Facebook with caption: "This may be the most important speech I've ever made....'

Read also: Trump Says 'It's Not Over' Ahead of Electoral College Vote

The Star also said it is possible for Trump to fire infectious disease expert Dr. Anthony Fauci, especially with the president sneering at virus restrictions like mask wearing.

Being wildly popular amid the pandemic, it would be near impossible to fire Fauci until Trump is ensured another four years in the White House.

The Atlantic said that with Trump not needing to face voters again, he would not be restrained of his "unpopular stances and impulses."

Some imagined change will come in the form of staffing, starting off with Fauci.

When it comes to personal finance, Trump is also expected to cut taxes, as he promised during his campaign "boost take-home pay and keep jobs in America," noted CNBC.

Experts believe he would build on the existing Tax Cuts and Jobs Act, that was one of his legislative achievements during term.

What If Biden Wins?

Despite the bitter election, ABC said the early work on transition for Biden is actually going smoothly. So it seems that if Biden does get certified, he would not be scrambling to get a Cabinet ready.

However, it's unclear if Trump will be ready to step away from the White House if that's the case.

The president has repeatedly claimed that a Biden win would be a "mistake" since he said the election was fraudulent. He also didn't say if he would be willing to attend an inauguration for Biden. 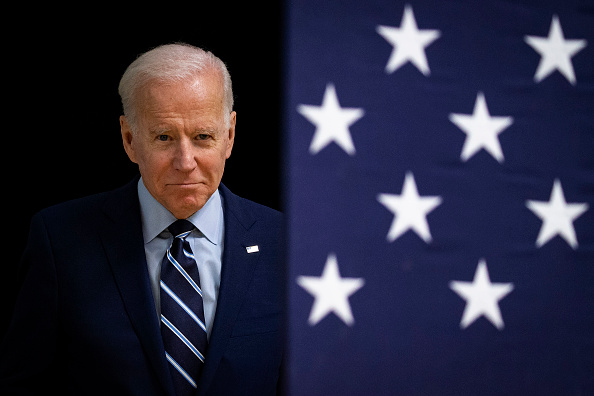 One of Biden's plans is to boost Social Security checks.

One way of doing this is to raise monthly payments for seniors who have been receiving benefits for at least 20 years, said CNBC.

He also proposed forgiving $10,000 in Student debt for all borrowers.

He promised extensive yet pragmatic policies that will help Americans gain access to health care and education, raise minimum wage and develop clean energy among many others.

But more a concerning matter is how he would lead the country amid the pandemic while also trying to find common ground with Republicans in Capitol Hill.

"The divisions are deep," David Redlawsk, a politics professor at the University of Delaware, told Voice of America.

Redlawsk said a healing path between the country's two major parties will "not happen easily."

Whether Trump or Biden wins, they will have to overcome the partisan divide that is happening in the country.