Global music streaming leader Deezer has launched its "InVersions 80s," its all-new Originals album where the latest generation of alternative artists reinterprets 16 of the classic hits from the 80s in their own style.

The InVersions 80s is the latest in the Deezer Originals series, bringing exclusive and cool new content for its listeners. This marks the second set of InVersions, inviting more alternative and indie artists to breathe a new life to these timeless tracks - with the latest iteration taking the 80s crowd favorites and reimagining them for 2021. 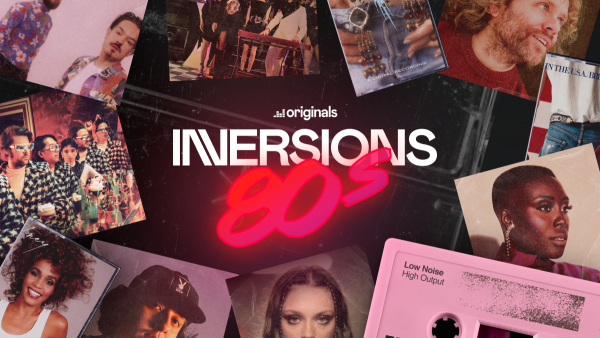 The full playlist for InVersions 80s are as follows:

"I am so excited to be a part of InVersions because the 80s is an era that continues to inspire me," says Holly Humberstone, the rising UK artist who made a beautifully captivating rework of the Prince classic "I Would Die 4 U." The 21-year-old explains in a Deezer news release that she chose 1984 classic because Prince is her "all time favourite artist" and wanted to pay tribute to The Purple One.

"I think it's a beautifully simple but effective song and I love how the melodies are really static. Being able to put my own spin on it felt super special and I hope you all enjoy listening!" Humberstone added.

Meanwhile, Ivor Novelo awardee and MOBO winner Laura Mvula adds her own layer of soul to the Toto hairbrush-anthem "Africa." She shares: "I chose 'Africa' by Toto because it's an 80s classic. It feels like music that I would write today and it fits in with the sound of my album."

Furthermore, the InVersions 80 series will be shining the spotlight on breakthrough artists from across the globe, including the Mexican-American bedroom pop prince Cuco, Norweigan viral artist Boy Pablo, and rising US R&B artist Cautious Clay. Each of them will be taking 80s hit songs from some of the period's largest acts -  Human League, Simply Red, Simple Minds - and bring them back to modern times.

Among  the artists involved in the new series is Brazilian icon CSS, with their rendition of Neneh Cherry's "Buffalo Stance" being the group's new recording in almost eight years. Luiza Sa of CSS said that the era-defining track definitely stands on its own as a classical 80s track, adding that the song is unique and mixes elements "in a way that feels very familiar" to a group like them. Meanwhile, Ana Rezende of CSS adds that the Neneh Cherry signature has always been "around us in some shape or form." She recalls the group listening to it while driving or playing the track when DJing.

"We couldn't think of a more fun track to cover," Rezende adds.