Euro 2020 or UEFA Euro 2020 is currently making a huge noise across the globe as the best football teams in different parts of the world battle each other. Because of this, a total of 60,000 fans watched at the Wembley Stadium. 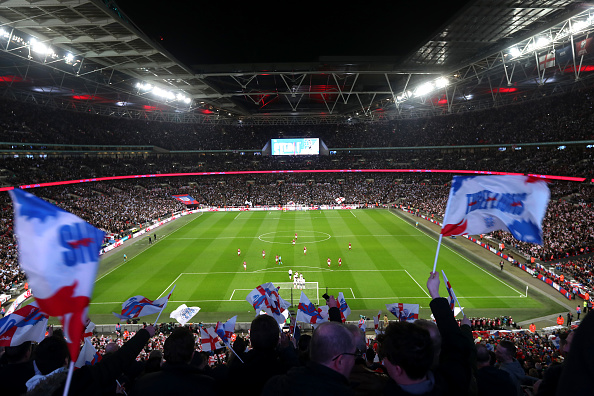 On the other hand, millions of people are watching in pubs and in their homes. On the other hand, there are also some people who partied in the streets, specifically revelers. They are currently all around in central London, even before the game of England Vs. Italy began.

Although the crowd is not that big compared to the years when the pandemic hasn't arrived yet, the Met Police still faced some issues. The department said that there was a security breach at the stadium on July 11.

"Officers worked closely with security officials to prevent any further breaches. We will also support action by Wembley Stadium officials to identify those without tickets and eject them," said the Met Police.

According to BBC News' latest report, authorities said that the situation is not funny at all. They added that fans who entered without buying tickets will be instantly ejected from the Wembley stadium. 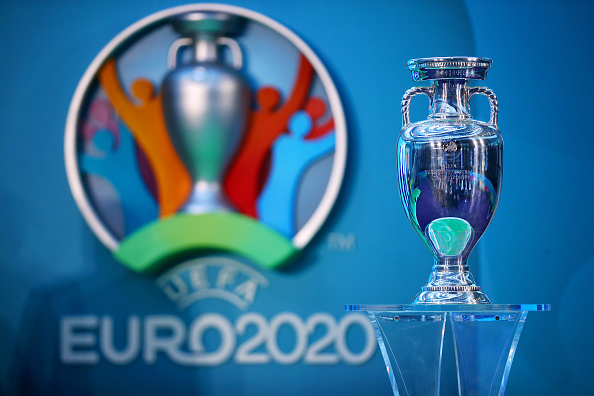 (Photo : Photo by Dan Istitene/Getty Images)
LONDON, ENGLAND - SEPTEMBER 21: The UEFA European Championship trophy is displayed next to the logo for the UEFA EURO 2020 tournament during the UEFA EURO 2020 launch event for London at City Hall on September 21, 2016 in London, England.

On the other hand, the Metropolitan Police department also confirmed that a large crowd was able to gather near the fan zone in Trafalgar Square. Authorities added that these individuals also tried to enter without tickets.

Meanwhile, those who are already ejected still filled the streets, blaring air horns and chanting. Because of the serious situation, the Met Police released a tweet to warn the public.

"We'd urge everyone to keep themselves safe and look out for each other. We've seen people jumping off street lamps or hoardings, this could easily end in injury," tweeted the Met Police via its official Twitter account.

Kate Middleton Is Also At Wembley

The Daily Mail UK reported that Kate Middleton, the Duchess of Cambridge, also decided to watch the popular Euro 2020. Although the issue that happened at Wembley stadium is clearly not an appealing sight, Middleton's beauty still made many people smile.

Wearing her crepe midi dress in blush pink, which was designed by a London-based designer Beulahj, she looked like a summer chick. If you want to see her actual photos or dress, all you need to do is click here.

READ NEXT: US Men's Basketball Team Loses To Nigeria In Olympic Exhibition Game | An Upsetting Score Of 90-87