Britney Spears Calls Out Her Dad, Saying She Will Not Perform As Long As James Spears Handles Her Conservatorship

Britney Spears is one of the celebrities that fallen victim to conservatorship. If you have no idea what it is, this contract requires the singer, actor, or actress to agree with their management to handle their daily lifestyles and other personal activities.

(Photo : Screenshot from Twitter post of @Stephhhmeatsix)
Britney Spears Calls Out Her Dad—Saying She Will Not Perform As Long As James Spears Handles Her Conservatorship

When a woman is being abused, and can’t speak up for herself in which her fans need to start a movement to shed light. Then I think we should be involved 😊

Conservatorship is criticized today, especially since many people are now aware that it can remove the human rights of those under the contract. Now, the pop singer calls out her family, especially her dad, since they are also the reason why she is suffering from this issue.

USA Today reported that the celebrity said that she will no longer perform in a concert if her dad, James Spears or Jamie, is the one who will handle her projects. Britney added that her dad is the one controlling all her activities. These include the clothes she wears, the things she said, does, or thing about.

Britney Spears Want To Be Free From Her Father and Management

Recently, the singer and her mother filed a lawsuit against the management, saying that conservatorship should completely be removed. On the other hand, it seems like the pop star is improving her case since she was allowed to choose her attorney last Wednesday, July 14. 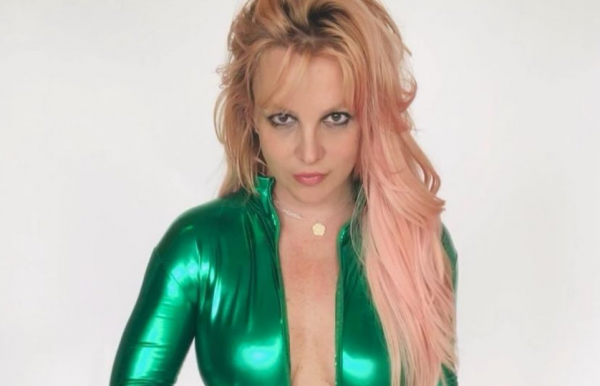 (Photo : @JaVonniBrustow)
Britney Spears Calls Out Her Dad—Saying She Will Not Perform As Long As James Spears Handles Her Conservatorship

New @PopGlitz1: Britney Spears She’s Never Performing Again as Long as Her Dad’s Her Conservator and Calls Out Her Sisterhttps://t.co/mrG37wnRrC pic.twitter.com/yspBU5y2Pp

READ MORE: Michael Gargiulo, Known as the 'Hollywood Ripper' and 'Boy Next Door Killer,' Gets Death for Killing 2 Women

Judge Brenda Penny said that the artist can hire Mathew Rosengart, a former federal prosecutor, to represent Britney's ongoing efforts to remove her 13-year conservatorship contract from her management.

She said that during her active days, it feels like she was imprisoned since she only has little control over her finances and other important life decisions.

"Look I'm not gonna be performing on any stages anytime soon with my dad handling what I wear, say, do, or think," said the celebrity via Euro News.

"For those of you who choose to criticize my dancing videos ... look I'm not gonna be performing on any stages anytime soon with my dad handling what I wear, say, do, or think!!!! I've done that for the past 13 years," said Britney via her official Instagram post.

On the other hand, Jamie Lynn Spears, Britney's sister, tried to ease their family feud. However, some of the singer's fans said that Lynn's post is pretty vague since she did not mention her sister or tag any family member.

The only thing she said is there should be peace. She added that someone needs to have the Lord with them. Although she did not said that it was for the singer, it is common sense that the one she referring to is Britney.

READ NEXT: Camila Cabello Embraces 'Curves and Cellulites'; Claps Back on Haters on TikTok