Manny Pacquiao is about to face his new rival, Yordenis Ugas, in the upcoming welterweight title match this August 21, at exactly 9:00 p.m. ET. The most-awaited boxing match of 2021 would take place at the T-Mobile Arena, which is located in Las Vegas. 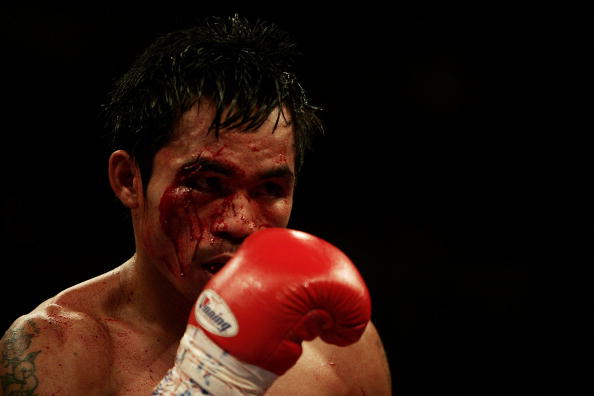 (Photo : Photo by Donald Miralle/Getty Images)
Manny Pacquiao of the Philippines is shown with a cut above his right eye inflicted by Erik Morales of Mexico during the World Super Featherweight Championship at the MGM Grand Hotel on March 19, 2005 in Las Vegas, Nevada. Erik Morales of Mexico won 15-13 over Pacquiao by unanimous decision.

According to CBS Boxing's latest report, various sports critics and retired boxers are sharing their predictions about the upcoming matchup. These include Timothy Bradley Jr., who claimed that speed would have the main role when the two legendary boxers trade punches.

However, it seems like the all-time champ would have a hard time taking down Ugas since he has the WBA (World Boxing Association) title. PacMan lost this title in his 2019 fight with Keith Thurman.

"I didn't like that someone took my belt without challenging me in the ring. Both of us are champions, but we'll see who has the belt after Saturday," said the Filipino boxer during the Wednesday press release. 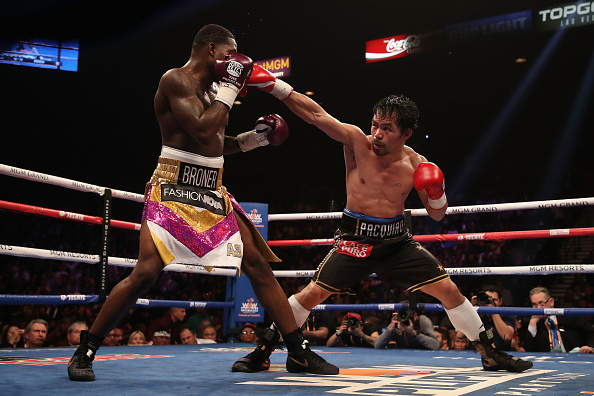 Some sports experts claimed that Yordenis has the advantage when it comes to body structure. They explained that he could use his arm span to neutralize PacMan's attacks so that he could defend his body.

Aside from this, the current WBA champion is also considered one of the best counterpunchers in the boxing industry right now. This simply means that with great timing, he could easily return the Filipino boxer's attack back to him.

However, you still need to remember that PacMan has more experience than Ugas since he already defeated several champions in his prime. Manny also has great speed despite his age.

Inquirer.Net shared some of the statements of Ugas' trainer, Ismael Salas. He claimed that the Filipino champion doesn't have what it takes to take down the Ugas completely.

"To me, he is a legend. And he's a guy who's an inspiration to a new generation of boxers. But look back, he's talking about the knockout, he's long never KO'd anyone. He's been dropping people, but never KO for a long time," said Salas.

His statement is true since the last win via KO of PacMan was way back in 2018, the time when he stopped Lucas Matthysse of Argentina. The recent fight between the two also lasted only seven rounds.