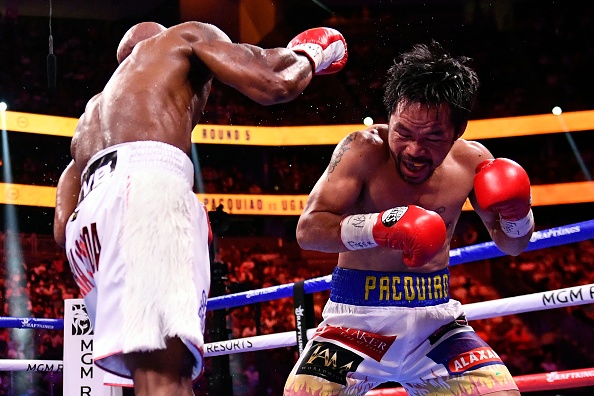 (Photo : Photo by PATRICK T. FALLON/AFP via Getty Images)
Manny Pacquiao (R) of the Philippines fights against Yordenis Ugas of Cuba during the WBA Welterweight Championship boxing match at T-Mobile Arena in Las Vegas, Nevada on August 21, 2021. - Cuba's Yordenis Ugas upset Manny Pacquiao to retain his WBA welterweight crown on Saturday, winning by unanimous decision after a bruising 12-round battle at the T-Mobile Arena.

This is a huge turnaround since various sports analysts and retired boxers claimed that the Filipino boxer has the upper hand in the match against Ugas.

Before the match began, they shared their opinions about the fight between the two welterweight fighters. Timothy Bradley Jr. even said that Ugas might lose because Pacquiao has more experience and speed. However, ESPN confirmed that the title defender proved them wrong.

According to DAZN News' latest report, the latest fight of PacMan could be the last one of the Filipino boxers. This could certainly happen since he plans to run for President in the upcoming Philippines election. 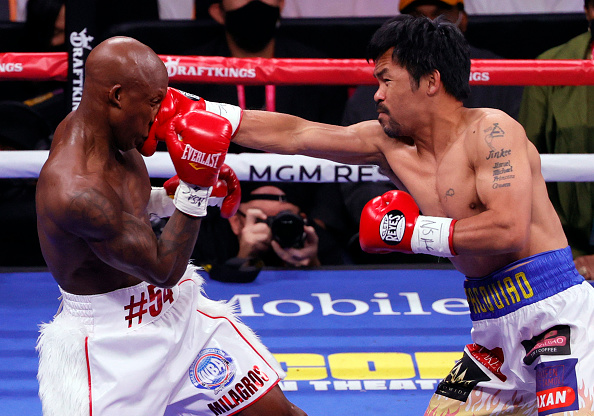 Aside from running as the Asian country's leader, he also lost against Ugas, which could add up to his retiring reasons. However, he still showed that the Cuban fighter couldn't win with a KO since he lost via unanimous decision in Las Vegas on Aug. 21.