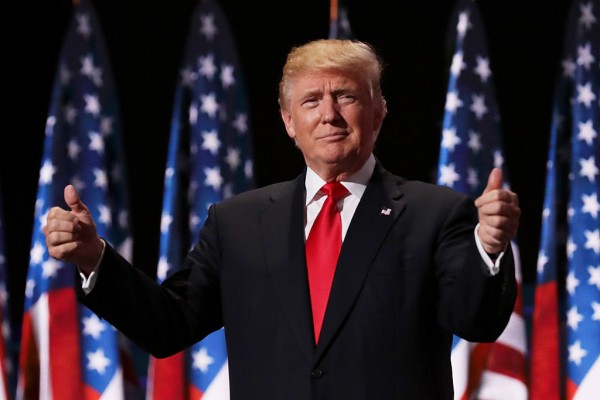 (Photo : Photo by Chip Somodevilla/Getty Images)
CLEVELAND, OH - JULY 21: Republican presidential candidate Donald Trump gives two thumbs up to the crowd during the evening session on the fourth day of the Republican National Convention on July 21, 2016 at the Quicken Loans Arena in Cleveland, Ohio.

The match was held at the Seminole Hard Rock Hotel & Casino Hollywood in Miami, Florida. Holyfield was considered to be the best pound-for-pound Heavyweight Champion alive. Meanwhile, Belfort has the most knockouts in UFC history.

Belfort won the match via Technical Knockout (TKO) at 1:49 of the first round. The exhibition match later led to a 30-day medical suspension for 58-year-old Holyfield.

Other matches in the event featured UFC legends Anderson "Spider" Silva facing off against Tito "The Huntington Beach Bad Boy" Ortiz in a professional boxing match.