YouTube Originals announce ordering the critically-acclaimed documentary "Laudato Si," based on Pope Francis' second encyclical, and provides an urgent call to action to protect the planet and human lives.

The video streaming platform made the order from Off The Fence, a BAFTA and OSCAR-winning production company. "Laudato Si" was made in collaboration with the Vatican and is set to make its YouTube debut early in 2022. 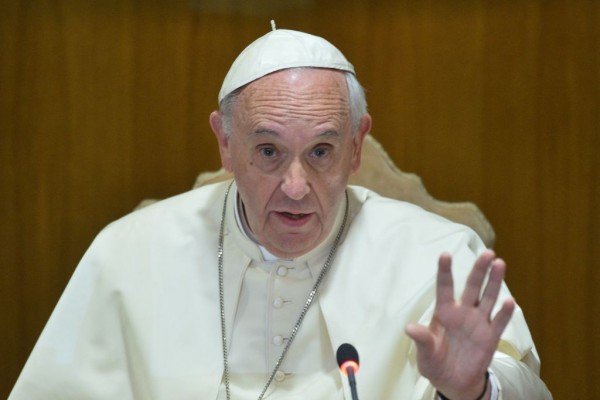 (Photo : Photo by TIZIANA FABI/AFP via Getty Images)
Pope Francis delivers a speech during an international summit of Mayors on "Modern Slavery and Climate Change" on July 21, 2015 at the Vatican. The conferences come a month after the publication of Laudato Si'," the pope's encyclical on climate change, and two months before he addresses the United Nations.

"Sustainability and climate action are key areas of focus for our YouTube Originals programming," said YouTube Originals' Head of Family, Learning, and Impact Nadine Zylstra. She adds that Off the Fence has the necessary expertise to bring Pope Francis' message to the global audience.

"We are thrilled to be partnering with YouTube on this incredible project," said Off the Fence's Head of Commissioning Leila Monks. "Their reach will ensure everybody has access to the film and their creativity in content and form means a whole generation will be engaged with Laudato Si's important message."

The documentary contains an unprecedented presentation of the Pope's wake-up call and a humbling reminder of our important responsibility as a society to come together in solidarity to save and preserve our planet.

Featuring the personal stories of people who have experienced climate change first-hand, "Laudato Si" takes the initiative to call individuals and communities to lead changes up to a global scale.