In the new Costello release, the revolutionary songwriter taps his frequent collaborator, the 18-time GRAMMY and Latin GRAMMY Award-winning producing Sebastian Krys. Together, they have assembled a stunning international cast of some of the world's largest Latin rock and pop artists to reinterpret the classic Elvis Costello and the Attractions' debut, 1978's "This Year's Model," but this time entirely in the Spanish language. 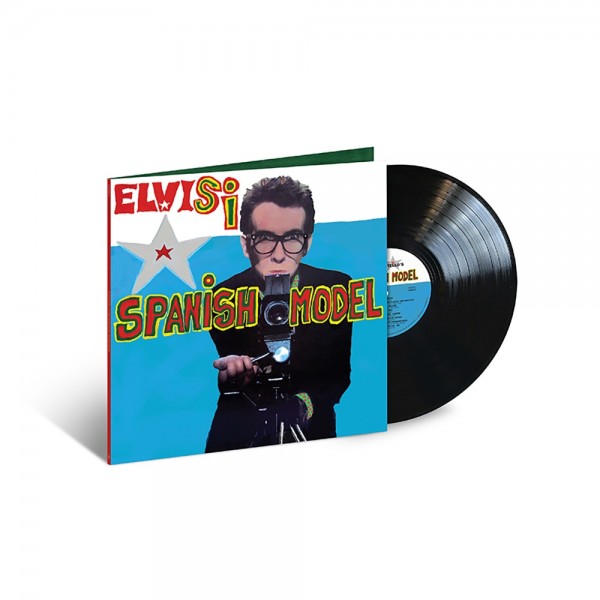 This creates an exciting new incarnation of the hallmark album, combining newly-recorded vocal performances with the original instrumental performances as done by Costello and The Attractions - preserved in the pristine master tapes. "Spanish Model" retains the spirit and energy of "This Year's Model," while revealing the raw musicality in the instrumentals performed by the Attractions.

More importantly, it brings the 1978 debut album to the present day, for Spanish-speaking listeners or basically anyone interested to listen again and feel the integrity and imagination brought about by these vocal performances, which could create entirely new experiences with the same lyrics.

For the track "This Year's Girl," reimagined on "Spanish Model" as "La Chica De Hoy," Chilean Latin pop star Cami brings the song to life from the lenses of the modern female.

Costello comments, "It's a totally different story when you hear a young woman singing about the negotiations proposed by a man's gaze and his assumptions, in a lyric I wrote when I was just 23."

Iconic Argentine singer-songwriter Fito Paez reimagines "Radio Radio," creating a new sense of humor and passion to the lyrically reworked track. Costello lauds Fito Paez for knowing how to hold on to what he loves and values.

"Pump It Up" also gets a makeover, with changes to its rhythm perfectly suiting the vocals of Colombian superstar Juanes. Also, Costello's original backing vocals heard prominently on the chorus remains, plus a rhythm guitar duel between Costello himself and The Clash's Mick Jones, a 1978 contribution that was never heard against since the original studio date.

Also, Colombian-born, Miami-raised star Sebastian Yatra performs "Big Tears." He incorporates his own spin on a Costello song originally released as a B-side to "Pump It Up." Costello reveals that "'Big Tears' should have always been on the album," adding that the new Sebastian Yatra version confirms his feeling that the song is "now where it has always belonged."