YouTube Artist on the Rise is Lunay! Here's What You Need To Know About This New Puerto Rican Singer

YouTube on the Rise is Jefnier Osorio Moreno, who is better known by his stage name Lunay. YT currently considers this young Puerto Rican singer and rapper as one of the best-rising musicians on the video platform. 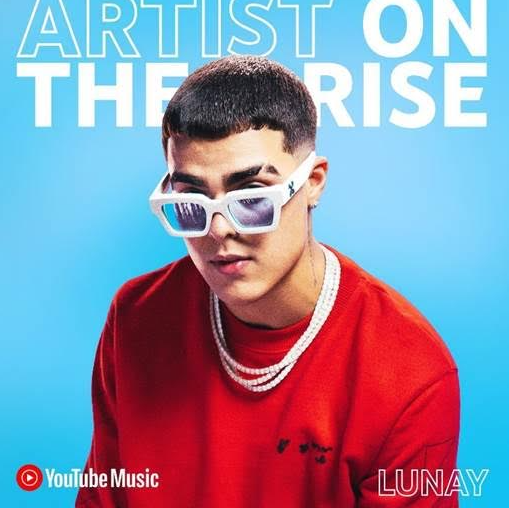 (Photo : Photo provided by Lunay )
YouTube Artist on the Rise is Lunay! Here's What You Need To Know About This New Puerto Rican Singer

"Today, we announced emerging reggaeton sensation Lunay as our next Artist On The Rise, on a day that also happens to be his birthday!" said YouTube via its official blog post.

Recently, Lunay's popular single titled "Soltera" attracted a lot of listeners, allowing it to become the top 5 on YouTube's Global Top Songs Chart. Thanks to this, the rapper was able to gain more than 550 million views across the globe for the past 12 months.

Aside from "Soltera," his new album "EL NINO" is also expected to be as popular as his recent single hit. Right now, Billboard already included the sing in its Best Latin Albums of 2021.

Lunay is currently considered Puerto Rico's next big star. Because of his great singing and rapping skills and the popularity of his new songs and album, many iconic bands and solo musicians also recognize his efforts.

(Photo : Screenshot from Instagram post of @lunay)
YouTube Artist on the Rise is Lunay! Here's What You Need To Know About This New Puerto Rican Singer

READ MORE: Khloe Kardashian Ex-Husband Tristan Thompson 'Begs' Her to Take Him Back After Cheating Allegations

Rolling Stone, one of the most famous music magazines, dubbed him as the musical "Wunderkind." On the other hand, the rising Latino singer was also able to collaborate with other big names, such as Daddy Yankee and Bad Bunny, who were featured in his "Soltera" song.

Unlike other solo artists or bands, Lunay usually experiments with different Latin sounds to produce unique songs that have catchy styles to attract more listeners.

This is noticeable in his "EL NINO" album, which explores a new creative direction, which received the label La Familia Records of the renowned producers, Gaby Music and Chris Jedi.

On the other hand, the young Puerto Rican singer also showed his talent at the annual Chicago music festival, Lollapalooza. Aside from this, he also brought his music to the Summer Fest, Austin City Limit, and the Baja Beach Fest.

Before 2021 ends, Lunay plans to unveil another live performance, as well as an Artist on the Rise mini-document, which would help his fans know more about him. If you want to see more updates about Jefnier Osorio Moreno, you must stay tuned here at Latin Post.