Caelan from Japanese-American mixed-culture boy band INTERSECTION has released his first solo single, "Forever With You," on October 8.

Caelan's popularity has exploded across Asia since his appearance in February 2021 on "CHUANG2021," the massively successful Chinese version of hit audition show "PRODUCE 101," where viewers were mesmerized by his world-class performance ability and unique personality.

Caelan has since become a major celebrity in China, where he has appeared in commercials for national brands, graced the covers of high-fashion magazines as a style icon, and won the grand prize in the Idol category at this year's InStyle Icon Awards in Shanghai. 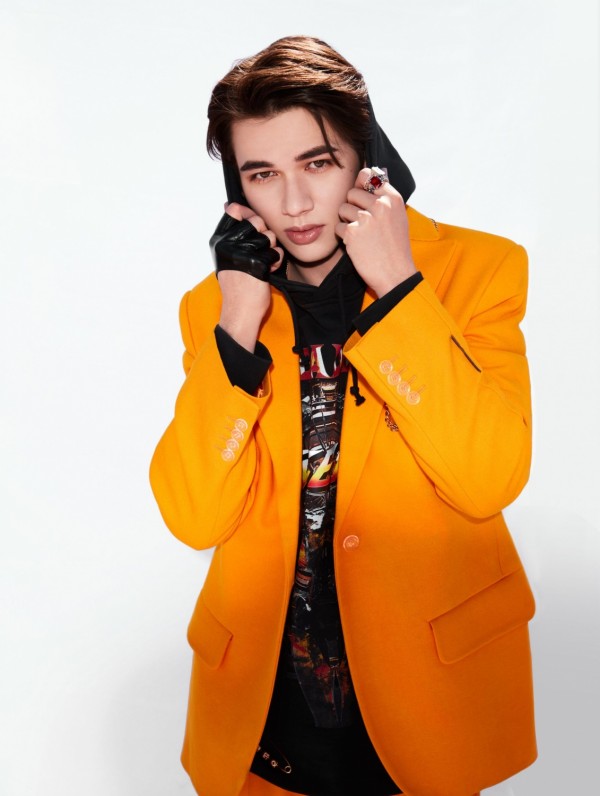 His incredible team of songwriting and production collaborators on debut solo single "Forever With You" includes j.Que, the Grammy-nominated super-producer who has crafted hits for Justin Bieber, Ariana Grande and Beyoncé, as well as David Arkwright, the red-hot songwriter behind Bella Poarch's hit "Build A Bitch," and songwriters Kinderr and Theo Ross Rosenthal.

The result is a song that captures the sound of "now." Caelan himself has co-written the Chinese-language version of the lyrics and designed the cover art.

The music video has a rich and textured cinematic feel, with a grand scale that shows Caelan singing on a mountaintop surrounded by nature and in a car filled with flowers, dressed stylishly in vivid colors and giving off an intense presence.

The story of the video expresses his experience of embarking on a new path, learning to put growing pains behind him as he becomes an adult and finds his true identity as "himself."

"This song is for vibing out, jamming, singing along, and partying. This song is a great song for when you drive on the road and just want to bop your head through something. I hope the people who can relate to the lyrics can also sing out with their full heart as much as I did," Caelan said.

"I want to say a special thank you to the songwriters and everyone who has helped with this song.  There was a lot of hard work put into this. I hope everyone can have fun with this song," he added.

When the music video was pre-released in China, it racked up over 10 million plays on Weibo on its very first day, dominating the social media platform's trending search keywords and news rankings.