As AAPI Victory Fund continues to engage and empower progressive AAPI voters to be the margin of victory at all levels of the ballot, Murphy's record as an outspoken supporter of the AAPI community is reportedly critical in laying the groundwork to strengthen and expand the political power of AAPIs across the state of New Jersey for years to come. 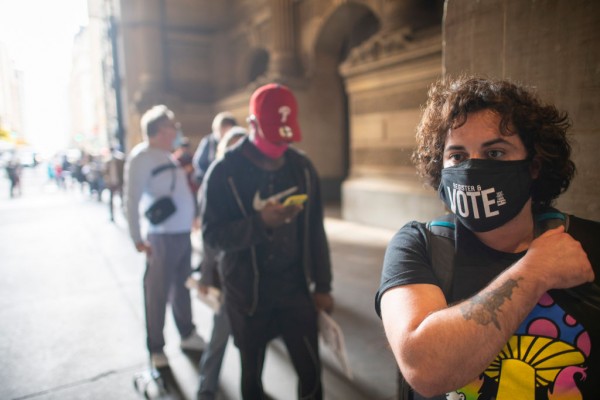 READ NEXT: Mail-In Voting and Complications You Could Encounter

As home to the fourth largest AAPI community in the nation, New Jersey has been far from immune from the uptick in anti-AAPI rhetoric and subsequent hate crimes. Long before the increase in anti-AAPI sentiment, Murphy had been a steadfast supporter of the AAPI community.

His outspokenness against anti-AAPI hate crimes and violence is an asset to AAPIs, not only in New Jersey but nationwide. New Jerseyans want a governor who engages directly with marginalized people and uplifts impacted communities in the policy-making process. Murphy has reportedly proven himself to be the leader New Jersey needs.

"We're thrilled to throw our support behind New Jersey gubernatorial candidate Phil Murphy. Governor Murphy has an excellent record of engaging directly with communities  who have been overlooked and excluded from the political decision-making process for far too long.

Governor Murphy's eagerness to uplift the AAPI community by appointing a diverse array of voices to leadership positions paired with his outspokenness against anti-Asian violence, has already shifted New Jersey towards greater equality, justice, and an improved standard of living. We at AAPI Victory Fund are excited to endorse such an exemplary candidate and cannot wait to see what Governor Murphy accomplishes when re-elected as governor of New Jersey.

"I am honored to have the support of the AAPI Victory Fund. Over the past several years, we've seen an alarming rise of dicrmination and racism directed toward the AAPI community. But we know that our diversity is our strength and our AAPI community enriches New Jersey."

"I'm proud to serve all 9.3 million members of our New Jersey family, and look forward to building on the progress we've made to create a stronger, fairer, and more equitable state for all"

© 2021 Latin Post. All rights reserved. Do not reproduce without permission.
Most Popular
Our Picks
In Other News
World
500 Packages of Cocaine With Liverpool FC Branding Bound for Brazil Seized in Paraguay
US News
Pilgrimage Bus Heading to a Mexico Religious Site Lost Its Brakes Killing 19, Injuring 32
US News
Re-Arrest of Hector Luis 'El Guero' Palma Salazar, Who Founded Sinaloa Cartel With El Chapo, Was Legal: Mexico Court
US News
14 Clandestine Graves Found in Mexico Amid Brutal Battles Between Rival Mexican Drug Cartels Over Territory