The former POTUS (President of the United States) Donald Trump surprisingly received the highest black belt degree in taekwondo, which is the ninth-degree black belt. 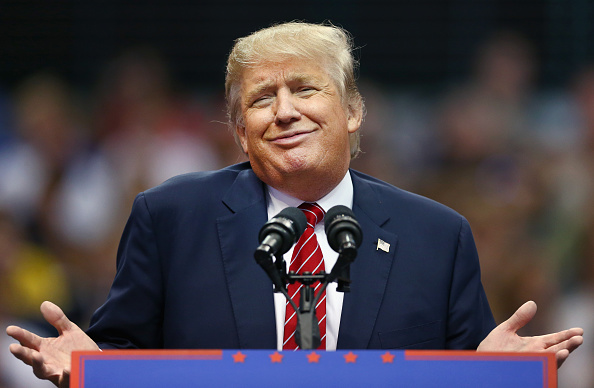 (Photo by Tom Pennington/Getty Images)
DALLAS, TX - SEPTEMBER 14: Republican presidential candidate Donald Trump speaks during a campaign rally at the American Airlines Center on September 14, 2015 in Dallas, Texas. More than 20,000 tickets have been distributed for the event.

According to CNN World's latest report, this is an amazing achievement in sports coming from an American leader since a few martial artists were only able to achieve what Trump did.

Even the popular American Hollywood actor, Chuck Norris, did not achieve the 9th black belt degree in taekwondo. Instead, he was only awarded the eight-degree level.

The New York Post reported that Lee Dong Seop, Kukkiwon's president, is actually the one who honored the former American leader. The recent honorary event was conducted by a South Korean residing in the United States. 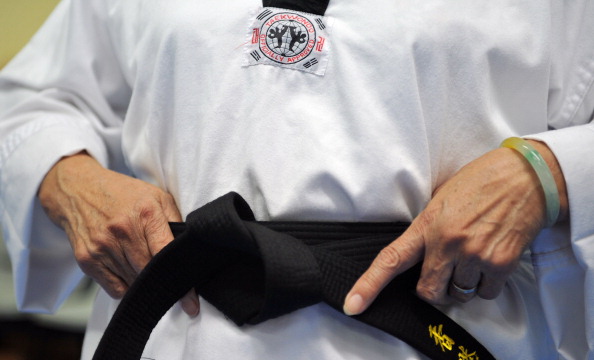 (Photo: LAURENT FIEVET/AFP via Getty Images)
In this picture taken on October 4, 2011 an elderly women adjusts her black belt during a taekwondo class in Hong Kong. Too old to learn taekwondo? Not for a group of Hong Kong grandmothers who became black belts after demonstrating their kicking and punching prowess. The seven women, aged 63 to 74, received the top ranking in the Korean martial art after passing a test at the southern Chinese city's first taekwondo class for the elderly. AFP PHOTO / LAURENT FIEVET

"It is my honor to receive the honorary dan certificate and I think Taekwondo is a magnificent martial art for self-defense. I wish to see the Kukkiwon taekwondo team's demonstration," said Trump via The Hill.

The former POTUS is not the first world leader to receive an honorary ninth-degree black belt in taekwondo also known as Koo Dan. Back in 2013, Vladimir Putin, the current Russian leader, also received the same dan belt.

On the other hand, Donald Trump also shared his excitement after receiving the Koo Dan. He even promised that he would wear a taekwondo outfit if he is re-elected as the U.S. president.
However, he didn't confirm if he would run again for the position.

Is It Easy to Achieve the Sip Dan Belt?

The belt levels in taekwondo depend on the years that a person needs to obtain it. For example, the lowest level of dan belt, Cho Dan, only needs two to three years to achieve.

On the other hand, the second-degree black belt, Ee Dan, takes exactly two years to master. Since Koo Dan is the night-degree black belt in taekwondo, it needs a minimum of nine years before a martial artist can acquire it.

If you want to see more details about taekwondo's black belts, you can visit this link.