A report released by the U.S. Department of the Interior on "Black Friday" after Thanksgiving cements the agency's black-eye on climate leadership, confirming the agency has no intent of following through with President Joe Biden's promise to confront the climate crisis or address climate justice in the United States.

"This isn't just a broken promise, it's outright deceit," said Jeremy Nichols, climate and energy program director for WildEarth Guardians. "While the Interior Department claims to be taking action for the climate, this report seems to confirm the administration's only interest is in driving climate denial on behalf of the fossil fuel industry." 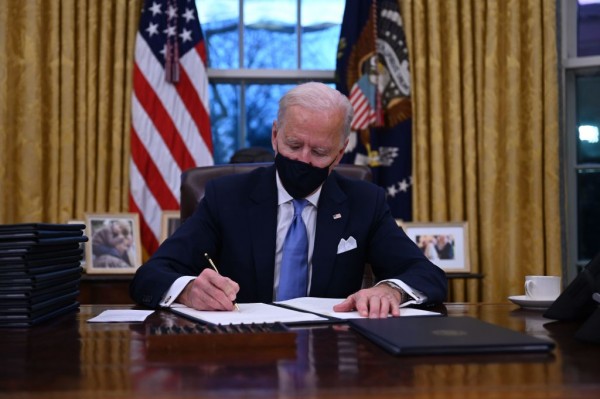 On January 27, 2021, Biden signed into effect Executive Order 14008, Tackling the Climate Crisis at Home and Abroad. Among other things, the order directed the Department of the Interior to prepare a comprehensive review and reconsideration of federal oil and gas leasing and permitting, taking into account the impacts of climate change and corresponding climate costs.

The Interior Department is directly responsible for nearly one-fifth of land in the United States, approving vast amounts publicly-owned of coal, oil, and gas extraction under the guide of it's multiple use-mandate. The production and consumption of federal fossil fuels is responsible for nearly a quarter of all U.S. greenhouse gas emissions and the continued sacrifice of public health and communities across the western U.S.

Federal oil and gas extraction alone, including offshore drilling and onshore public lands fracking, is responsible for more than 425 million metric tons of carbon emissions and responsible for nearly 10% of all climate emissions released in the U.S and incompatible with meeting U.S. goals in accordance with a 1.5 degree world.

Instead, the report "papered-over" climate concerns, instead providing long-overdue recommendations that promote more oil and gas leasing and extraction, and generate more revenue for the oil and gas industry. In a statement, Interior Secretary, Deb Haaland, claimed the recommendations would mitigate "worsening climate impacts."

"This is a lie," said Nichols. "Despite President Biden's direction, the Interior Department's report does absolutely nothing to confront the climate impacts of unchecked federal oil and gas extraction. At best, it's outright climate denial. At worst, it's deliberately deceptive, and nothing more than a shill for the fossil-fuel industry's bottom-line. Either way, the Interior Department is failing the climate and failing Americans.."

Within the 14-page report, the word "climate" is mentioned only twice in the introduction. Focusing solely only on recommendations to generate more revenue from more oil and gas leasing, the long-awaited promise of federal fossil fuel review is effectively a roadmap for incentivizing more fossil fuel extraction and more greenhouse gas emissions.

In a statement, the Interior Department confirmed its review focused only on reforms to generate a "fair return" for American taxpayers.

"It's beyond hypocritical that the Interior Department would claim to be concerned about 'fair return' for taxpayers, yet blatantly ignore the burden taxpayers pay every day to shoulder the true costs of the climate crisis," said Nichols. "Truly, there will be no 'fair return' unless and until this Administration lives up to its word and acts to end federal oil and gas leasing and start keeping fossil fuels in the ground."