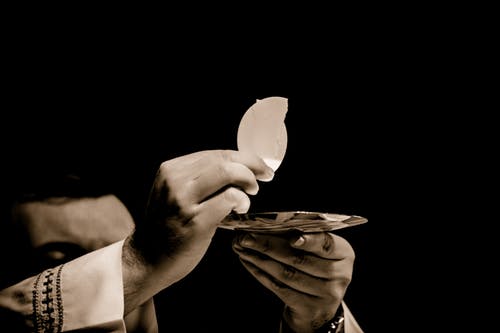 In a recent study conducted by the Pew Research Center, titled In U.S., Decline of Christianity Continues at Rapid Pace, it was discovered that the number of US-based Hispanic Catholics, or people who identified themselves as Christians, has seen a sharp decrease. The study was conducted in October of this year.

Religion is a very important factor in society because the beliefs and norms are based on the standards of the church that is somehow correlated with the attitudes and behaviors of its members. An example of this is the 10 Commandments which serve as the basis on how a Catholic must behave. This means to say, that religion helps not only to shape a person but the society as well. However, the Catholic church is now facing a problem aside from reported violence committed by clergies, most of the millennials who are born between 1981 and 1996 are not going to the church anymore.

In an article published in the Catholic Philly, statistics show that seven percent of the people in America identified themselves as non-Christian compared to the five percent from 10 years ago. This is due to the increase of diverse culture living in US.

Moreover, church attendance has become the primary standard as the basis of religious faith. In the study, it was found that fewer adults, particularly the millennials, are going to church. The reason behind this might be because of the negative influence of technology among the youth because they would rather spend an hour playing their favorite computer or online game rather than spending one hour attending a church service. In the previous article of the Latin Post, millennials are the most backlashed generation because of their untoward behavior due to a dependence on technology.

Meanwhile, millions of Catholics around the world live with faith as Catholics despite the fact that they have limited access to churches, services and clergies. Catholics are taught that church is not only about the structure that is visible, but rather it is what is in your heart, faith.

The most surprising data gathered in the research is that less than a half of the US Hispanic Catholics identified themselves as Catholics or about 47 percent. It can be recalled that most of the US Hispanics are no longer Catholics, based on the previous article published in the Latin Post.

It is undeniable that the number of U.S. born Hispanics have increased, and as their numbers increase, the chance of identifying themselves as Catholics becomes thinner. This is because of the influence of the community where they belong where many are affiliated in other religion or denomination. Statistically, an estimated 66 percent of US born Hispanics are struggling to identify themselves as Catholics.

During the Fifth National Encuentro of Hispanic or Latino Ministry in 2018, there are reportedly, about 30 million Hispanic Catholics living across the United States, making them one of the largest minority groups in the country. And out of these numbers, around 13.5 million are immigrants and 16.6 million are U.S. born Hispanics and most of them aged younger than 30 years old or millennials.

The decreasing number of Catholic Hispanics is very alarming, because Latinos and Hispanics are known be one of the pillars in the Catholic church due to its religious historical background. Hence, it is important that the church must intensify its programs to solidify the faith of the family and its youth members because if this is not addressed sooner, Hispanics and Latinos will be remembered as once a Catholic group.