At Least 21 Dead, Mexican Cartel Members Suspected Behind the Attack 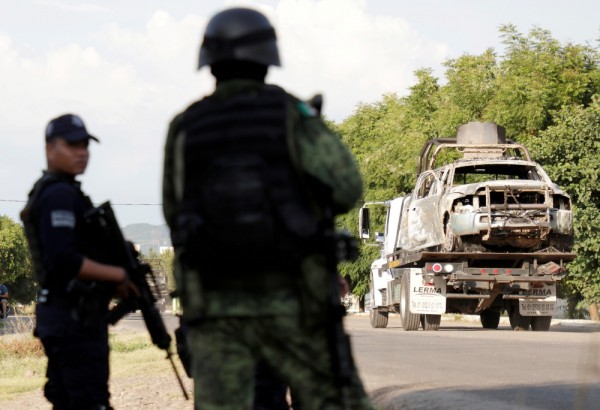 Security forces on Sunday killed seven more alleged members of Cartel of the Northeast that attacked the Mexican town of Villa Union, in Coahuila state a day earlier and engaged in an hour-long gunbattle, reportedly bringing the death toll to at least 21.

Riquelme told reporters that the armed group of suspected cartel members arrived in the town in a convoy of 14 trucks on Saturday, attacking local government offices and prompting the intervention of state and federal forces. He added that the police had seized more than a dozen guns.

Due to the incident, the governor said that security forces will remain in the town for several days to restore a sense of calm. The town is about an hour's drive from Eagle Pass, Texas and about 12 miles from the site of a 2011 cartel massacre where officials say 70 died.

Moreover, the government of Coahuila said in an official statement that the groups won't be allowed to enter state territory.

During the first 10 months of President Andrés Manuel López Obrador administration, Mexico's murder rate has inched up by 2 percent and recoded the highest increase in history. As of writing, there are already 29,414 homicide cases recorded which is 545 cases higher than last year's record of the same period, according to Federal officials.

The release of the data comes at a time when López Obrador administration's "hugs, not bullets" policy is highly-criticized for refraining the use violence when fighting violent drug cartels.

In early November, Mexico grabbed the global headlines after a drug cartel ambush resulted to the death of 9 Americans, focusing world attention on rising violence in the country.

The casualties that include three women and six children who are all members of dual-citizen families that lived in La Mora, a decades-old settlement in the Sonora State. were travelling to see relatives in the U.S when they were attacked by cartel members about 70 miles south of Douglas, Arizona.

At the time, President Donald Trump urged Mexico to "wage war" on the cartels.  In an interview with former Fox News Channel host Bill O'Reilly, Trump said his administration is moving to designate drug cartels as terror organizations. While the president declined to say how the U.S. policy would be reformed, Trump said he told the Mexican president that the U.S. stands ready to intervene.

In line with this, U.S. Attorney General William Barr will be visiting Mexico this week to discuss the U.S.-Mexico cooperation on the security measures.

Meanwhile, Riquelme on Saturday made similar comments to Lopez Obrador on how Mexico should handle the problem. However, he thinks Mexico does not need intervention. What the country needs is collaboration and cooperation.

"We're convinced that the state has the power to overcome the criminals," he said.