Why Americans Can't Seem to Get Enough Mexican Food 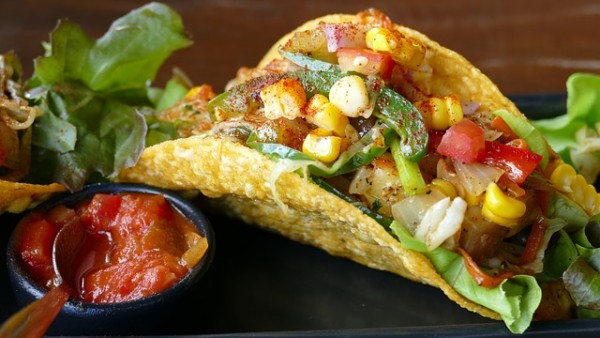 In 2010, the United Nations Educational, Scientific and Cultural Organization just added traditional Mexican cuisine to the Representative List of the Intangible Cultural Heritage, according to NPR.

Gloria López of Mexico's National Council of Culture and Arts, explained in an interview the reason why the designation was deserved, that it went beyond the taste buds.

"What was at play here," she said, "was the protection of an ancestral way of life."

So why do Americans can't seem to get enough of Mexican food? Here are some of the reasons:

Since many Americans aim for a balanced, nutritious diet, they would opt to but food from stores offering healthy, nutritious meals, like Mexican restaurants. Notice how Mexican moms insist on their kids to finish that veggie on their plates? Because they value health over anything else! Mexican restaurants typically offer more nutritious options than many other types of restaurants do. Mexican dishes often include items from every food group, including the ones packed with protein, carbohydrates, vitamins and minerals. They often include beans and meat along with vegetables like avocados, tomatoes, peppers and limes.

Mexican recipes usually use the freshest vegetables and other ingredients they could find in the market. And take note: these ingredients often come directly from a farm rather than from a can so diners can enjoy both the taste and the nutrients of these ingredients.

Mexican dishes are a ticket to a gastronomic journey. One bite, and you can taste a variety of powerful and delicious flavors because of the many spices and natural flavorings that sets them apart from other dishes which are bland and boring. Additionally, almost all Mexican dishes are topped with a variety of different savory sauces which add a tangy touch to already-flavorful Mexican dishes. Here are some of them:

You can get the most out of their money with Mexican restaurants because they sell large platters of food for under $20. For a decent price, can get a wide variety of food which includes meat, beans, rice and vegetables.

4. Mexican food is an important part of America's heritage.

There are 57 million Hispanics in the United States, and two-thirds of those people are of Mexican descent, according to the Pew Research Center.

When Mexicans first immigrated to the United States many years ago, they brought with them many of their traditions, including food. With the number of Mexican immigrants arriving in the United States over the years, Mexican food, as well as its ingredients has become an important part of American cuisine.

In fact, more than 233 million Americans incorporate Mexican food and ingredients in their cooking, according to a survey.

Mexican food comes in a variety of options that fit everyone's taste buds. Some of the most popular Mexican food dishes include the following:

There are so many options that diners can try a new Mexican food every time they visit a Mexican restaurant.