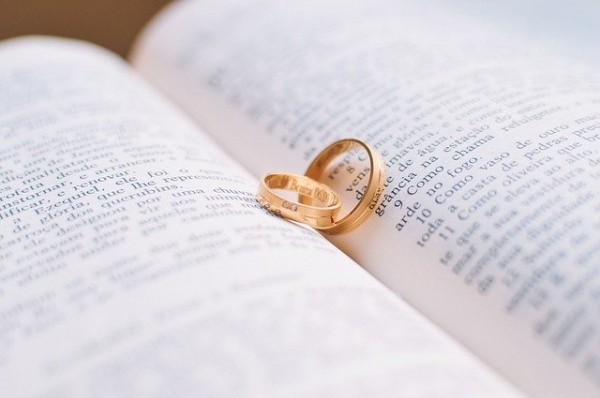 A new study from a private lending company said millennials could put their marriage on hold in the name of student debt, according to an article by USA Today.

LendKey Technologies surveyed 1,037 U.S. adults who attended college and found out that about one-third of the respondents between ages 18 and 34 said they are willing to postpone marriage or have already done so until their student debt is paid off.

The figures are higher compared to that of older respondents. About 17 percent of those between 35 and 54 and 10 percent of respondents ages 55 and older said they would postpone marriage.

Student debt could not only affect marriage decisions, but also play a part when choosing a partner.

More than one-third of millennial and Gen Z respondents said a potential spouse's student or credit card balances could affect their choice of a lifetime partner, which also depends on the amount of debt. Among the respondents, 20 percent said they'd be fine with student loan debt but not credit debt, while 6 percent prefer someone with credit debt more than someone with student loan.

Only four percent said they would not accept anyone with any amount of debt while 36 percent said debt wouldn't affect marital decisions.

"Student debt is something millennials have to think about when considering marriage," said Vince Passione, LendKey CEO. "It's not just affecting their wallets, it's also affecting the way they view relationships."

A recent survey by Credit Karma has found that more than 50 percent of dating millennials are willing to postpone marriage until their finances are accomplished. While almost two-thirds of the respondents who were in a relationship admit that they have a separate bank account from their partner, nearly one-third said that having at least one bank account separate from their significant other helps keep their relationship alive.

About 42 million Americans owe roughly $1.5 trillion in total student loans, according to the Brookings Institution. Student loans represent the second-largest portion of household debt after mortgages.

The LendKey survey also found that there is a lack of financial literacy on student loans. Among respondents between 18-34, only 16 percent said they have "shopped around" for the best rate and terms for a student loan.

The LendKey CEO said that students need a greater understanding of the loan process suggested by the data.

About 41 percent believed that loans are provided by the schools themselves, while 14% incorrectly guessed saying loans are given by angel investors. Compared to older generations, millennial and Gen Z borrowers were more likely to believe that a government program will eventually relieve their burden.

However, this view might soon change as President Donald Trump on Monday released a budget for 2021 where student loan spending would be cut by $170 billion, according to CNBC. In Trump's plan, titled "A Budget for America's Future," the reductions include "sensible annual and lifetime loan limits" for graduate students and parents and the end to subsidized loans, in which the government covers the interest for borrowers who are still in school or experiencing financial constraints.

Said plan would also reduce the number of repayment options for borrowers of the public service loan forgiveness program.

A survey by The Pew Charitable Trusts has found that 80 percent of Americans agree that the government should make it easier for people with student debt to repay their loans. Additionally, another poll found that nearly 60 percent of registered voters admitted that they would support a plan to cancel all existing student loan debt.

If student loans would become harder for millennials to accomplish, this would also mean more of them delaying marriage plans.

© 2021 Latin Post. All rights reserved. Do not reproduce without permission.
Most Popular
Our Picks
In Other News
US News
Rare Sea Turtle From Gulf of Mexico Found on UK Beach! Experts Say It's a Sign of Kemp's Ridley Sea Turtle Recovery
US News
Stepson of Jalisco Cartel Boss El Mencho Became One of U.S. Most Wanted Fugitives With $5 Million Bounty on His Head
US News
Jeffrey Epstein's Ex-Employee Says Late Sex Offender Had Young Girls at Palm Beach Estate While Ghislaine Maxwell Was the 'Lady of the House'
US News
Court Allows Jalisco Cartel Boss El Mencho's Daughter, Laisha Oseguera, to Remain Free Despite Being Accused of Ordering the Kidnapping of 2 Soldiers