Free Trade Agreement Between US and Brazil

Both countries would benefit greatly from a recent proposal for a free trade agreement between the United States and Brazil in which such an agreement would provide an impetus for even more economic integration and would strengthen relations.

Brazilian President Jair Bolsonaro's presidential race in 2018 has demonstrated that South Americans are turning away from socialism and moving towards free market economics. It is the only time in Central and South American politics, with a large number of nations shifting from China and Russia and to the United States and other free-market nations. 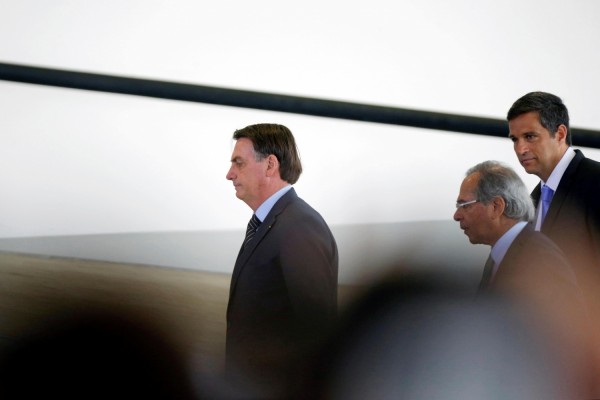 The United States is currently involved in a tariff war against China with discussions on trade, theft of intellectual property and corporate subsidies issues. There are wide gaps between how the United States controls the regulatory system with a lighter touch and China's heavyweight economic participation. It is indeed geopolitical and economical that the two largest economic superpowers are engaged in trade and yet they are nations that try to co-exist with vastly different economic systems.

The United States has free trade agreements with the south american nations of Chile, Columbia and Peru, but not with Brazil, as per the Office of the U.S. Trade Representative. The United States has the highest Gross Domestic Product (GDP) in the world according to the World Economic Outlook Database of the International Monetary Fund. The fact that two of America's largest economies are now on the same page as economic policies, but without a free trade agreement, is somehow ironic.

Following President Bolsonaro's recent shift towards free market capitalism and away from socialism, it really is time for President Donald J. Trump to reward Brazil with a freedom accompanied with free trade agreement.

The momentum for growth can only come from the structured introduction of the free trade agreement so that the trade prospers under Trump, Bolsonaro and future administrations.The Strategic Partnership Dialog revealed in September would help to resolve historical indifference of US-Brazil business relations through efforts by means of organizations such as the Brazil-US Economic Council and the U.S. Chamber of Commerce. The legacy of these agreements will likely be built in the coming months and years.

The time has indeed come for President Bolsonaro's abandonment of protectionist tariffs by means of a free trade agreement. This will help to secure Bolsonaro's place as pro-American president of South America's largest country, while benefiting the United States by having a broad, powerful South American military and financial ally.