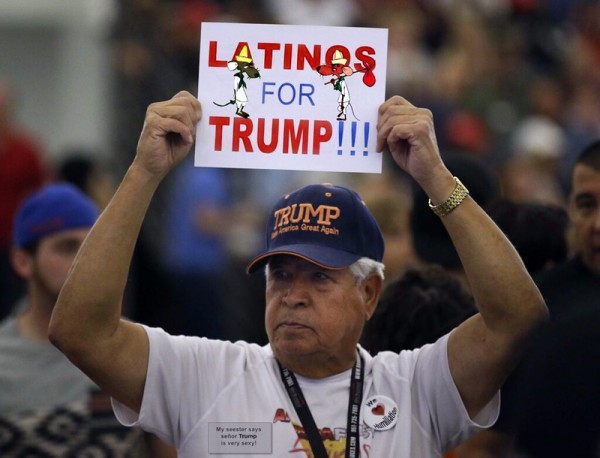 While talking to a Latino man in East Los Angeles, Katy assumed everything was going her way. The gentleman, who does not speak fluent English and was required to use an interpreter, expressed his support for presidential candidate Bernie Sanders.

When asked why he plans to support Sanders, he said he doesn't know, but he will be supporting him.

However, when asked about his daughter and her political views, the gentleman stated that his daughter supports the current president, and will be voting for him in November.

Surprised by the man's answer, Tur had to make sure she had heard him correctly.

"Your daughter's going to vote for Donald Trump?" she said bewildered.

"Yea," he said nodding his head.

She then asked him directly, "Por qué?"

"I don't know, she loves him," the man said in Spanish, he then explained that it is due to the booming U.S. economy that his daughter will be supporting President Trump in the upcoming election.

Joining Tur with a look of surprise was the interpreter assigned to the segment. As the two continued down the busy LA street they discussed the Latino community's ongoing support of President Trump.

The interpreter continued to express his surprise by saying the man's response was "fascinating."

He continued by saying that "you don't see that too much," referring to the percentage of conservative Latinos and went on to tell Tur that there is a "stubborn" 10 to 15 percent that continue to support Donald Trump.

When Tur then asked him why he thinks it's that way, the interpreter confessed that in his own family, there are Trump supporters.

"In my family, some [of the Trump supporters] are members of law enforcement, and some are just really, really focused on the economy," he said.

Although the interpreter finishes up by saying that he's not sure why the Latino community has a significant number of Trump supporters, it seems to be rather obvious.

In a recently published article from Latin Post, it was noted that Latinos open more small businesses in the United States than any other group.

ALSO READ: Latino-Owned Businesses are Growing at a Fast Pace

In an unrelated article from The Hill, it was stated that an estimated 27 million workers will leave their full-time jobs to start businesses this year.

The number of self-employed entrepreneurs in the U.S. is expected to climb to as many as 42 million by the end of 2020.

According to a recent poll from the Pew Research Center, roughly 30 percent-not 10 to 15 percent as stated by the interpreter-of Latinos support Donald Trump.

This only makes sense seeing as how small businesses, and small business owners, are experiencing growth and success under the Trump Administration.

And with Latinos leading the way in entrepreneurial endeavors in the U.S., a large number of Trump supporters in this demographic is to be expected.