The words "Mexican food" conjures up images of favorites like nachos, burritos, tacos, quesadilla, guacamole, and salsa. While these popular dishes do indeed present the exotic Mexican taste, they do not fully embody the extensive flavors and ingredients found in this rich Latin cuisine.

Mexican cuisine is diverse, with dishes ranging from soup to sandwiches, and even insects. The flavors and dishes in Mexico are heavily influenced by the location and culture of the city. As with other countries, Mexican cuisine has good, bad, and extremely obscure dishes such as poisoned tacos.

At Latin Post, we celebrate all types of food. So without further ado, here's your complete guide to Mexican food you've probably never heard of.

Stone Soup is a dish that best represents the Chinantecos, an indigenous ethnic group living near the Papoloapan River.

The soup is made by placing fresh onions, tomatoes, garlic, chili pepper, red snapper, and water in a jicaras---a bowl made from the dried gourd of the Oaxacan calabash tree. The bowl is then placed on top of red-hot river stones to boil. 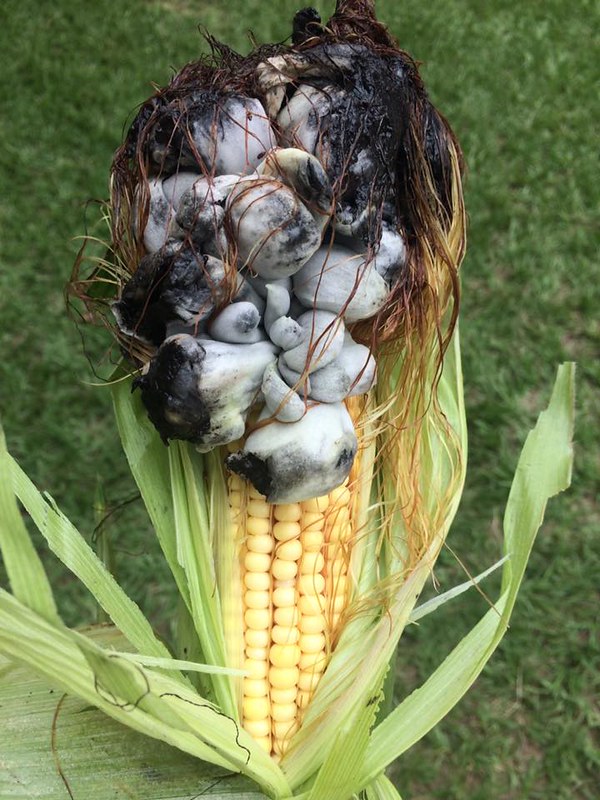 This bizarre Mexican delicacy has a few names---corn fungus, truffle, and corn smut. Huitlacoche is a soft substance that resembles storm clouds and is often found on ears of corn. The fungus can be eaten raw, or cooked and paired with meat and sauces. 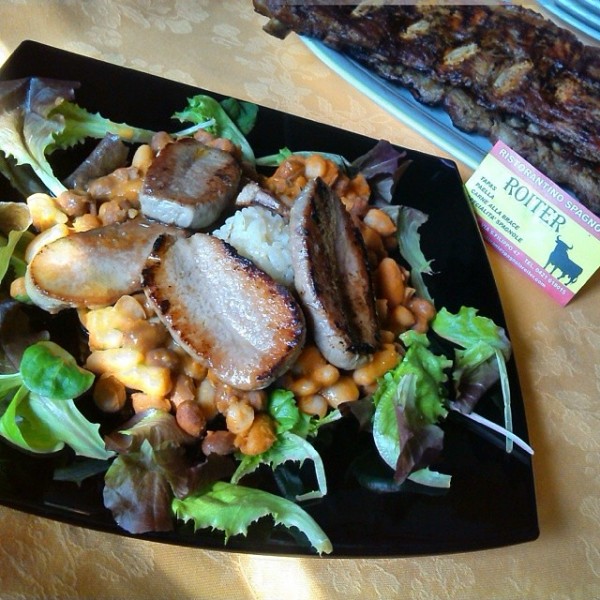 Mexican cuisine is known for avoiding food waste. Food from the cuisine tends to use every part of a plant or animal that can be used. That leads us here.

Criadillas De Toro is made of bull testicles that's boiled, fried, chopped, or diced. The bull privates are often tossed with vegetables and stuffed in a tortilla. This dish is a common delicacy in Mexico. If you're feeling adventurous, go ahead and try these meaty treats. 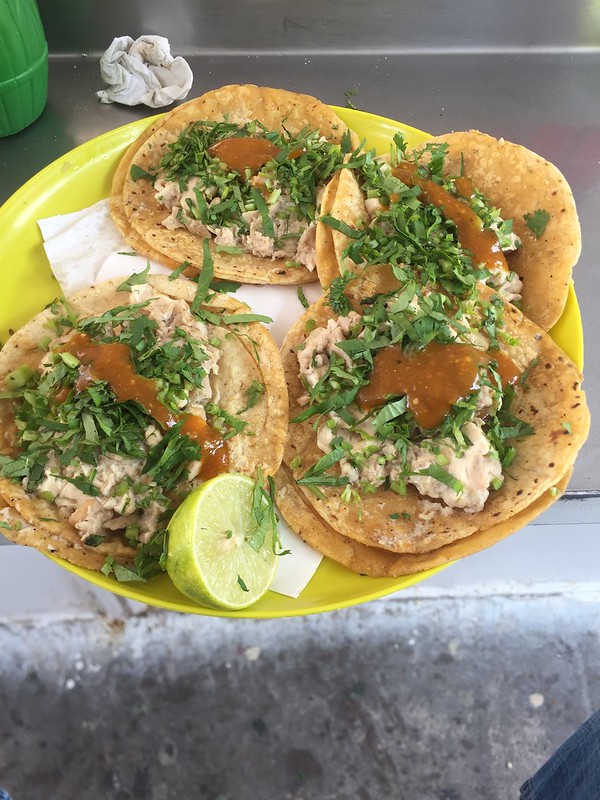 Brain tacos resemble cauliflower and has a smooth and creamy texture. Tacos de Sesos often use cow or goat brains that are cooked. People who've tried the bizarre taco often describe it to be tender and packed with flavors. 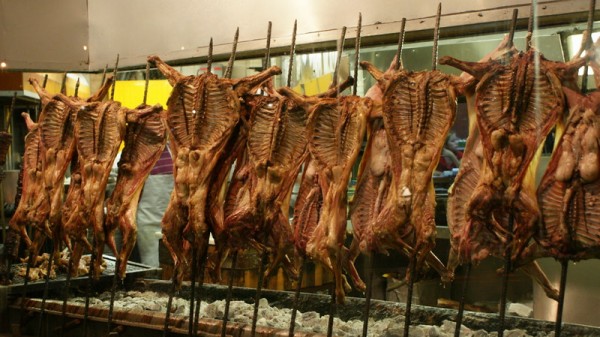 Cabrito is a popular dish across Latin America. Meat from young goats, which are usually milk-fed and are one to three months old, is used for the dish. Traditionally, the goat is placed on a spit and is slow-roasted for several hours with no seasoning. All the flavor comes from the slow-burning charcoal that is absorbed during the cooking process. 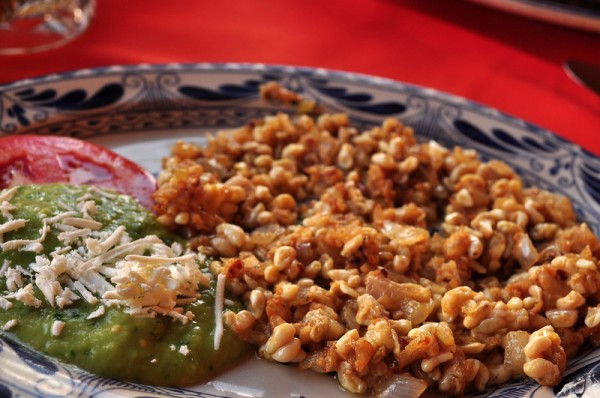 This Mexican treat is one of the pre-Hispanic delicacies you'll often see on the streets of Oaxaca and on the menus of upscale restaurants in Mexico City. Escamoles have been cooked and pickled since the age of the Aztecs. It is often said they taste buttery and resemble the texture of cottage cheese. 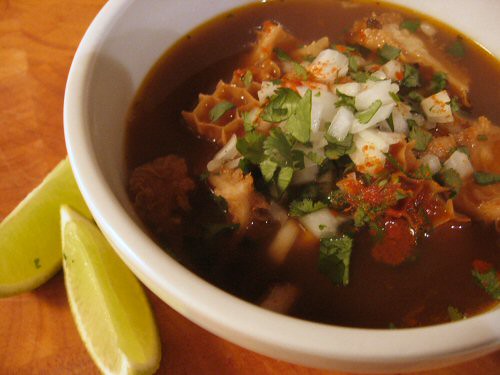 Menudo is a flavorful Mexican soup that is made from red chile and cow stomach. This soup is known for curing hangovers. Menudo requires an extensive cooking process that often lasts for seven hours of preparation, boiling, and ingredient mixing.

This Mexican soup has many different versions that sometimes includes beef feet and tendons. The dish is a mainstay during ceremonies and can be found in restaurant menus across the globe.