Serial killers, at least according to the FBI, are people who commit at least three murders in over a month. Britannica's definition of "serial killer" is a murderer who has killed at least two people in separate events.

Serial killers are some of the vilest creatures on earth. Some might be more deranged than others---murderers who commit sexual assault, robbery, and cannibalism, to name a few. 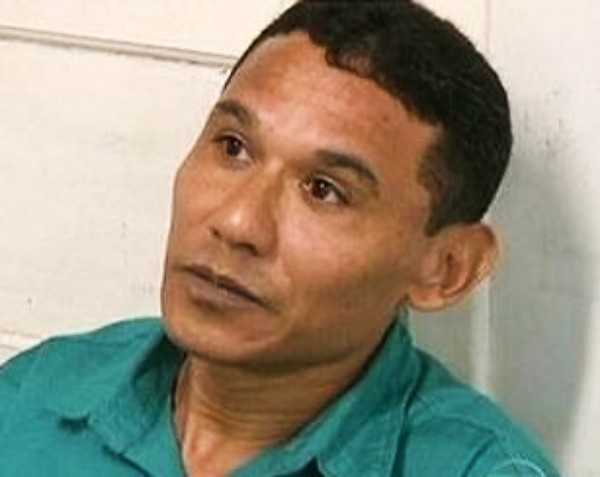 Francisco Chagas was a serial killer who confessed to the murder of 42 boys between 1991 and 2003. He was arrested in 2004 after police found two bodies buried beneath the floor of his house.

The Brazilian murderer said he lost track of the murders he committed and reckon he "might have killed 30 boys." All victims died with blows to the head.

In an interview, Chagas said he mutilated the genitals of his victims and said "voices" in his head told him to commit the atrocious acts of violence. He supplied local authorities with information, leading to the discovery of ten bodies in a field near his home.

The 41-year-old killer claimed he was sexually abused as a child and was driven to kill because of the traumatic experience. He was sentenced to 20 years and eight months in jail for a 15-year-old victim.

Francisco Chagas is yet to stand trial for the other 41 victims.

Julio Silva was a Chilean serial killer known as the Psychopath from Alto Hospicio. He was presumed active between 1998 and 2001 and reportedly murdered 14 women.

Alto Hospicio, a small mining town in Chile, saw a string of disappearances involving women from poor families. Due to their financial stature, the local authorities often dismissed the cases as run-away teenagers.

Silva posed as a cab driver and offered free rides to young people. The victims were driven to a remote place where the perpetrator would commit acts of rape and murder. The bodies would then be thrown in deep abandoned mines.

In 2001, a 13-year-old survived after Silva kidnapped and assaulted her. She escaped and, accompanied by family, went straight to the hospital where doctors took samples of the killer's semen.

Silva was arrested months later and immediately confessed to his crimes. He led investigators to a deep mine shaft where authorities found the bodies of seven young women ages 14 to 17.

His criminal history and brutality made him one of Chilean history's most prolific serial killer. He was sentenced to life in prison without the possibility of parole on February 26, 2004.

Pedro was a Colombian serial killer who was linked to the murders of over 110 girls from 1969 to 2002. Known as "The Monster of Andes," Lopez was also suspected to be responsible for the death of 300 women across Peru, Ecuador, and Colombia.

Alonzo Lopez was reportedly kicked out of his home early in life for molesting his sister. He suffered sexual and physical abuse under the hands of foster parents, teachers, and cellmates (in prison).

According to a podcast, he was almost killed by tribal leaders in Peru for his crimes. He was saved by a missionary, after which he continued his crime spree.

He was captured after Ecuadorian authorities discovered the bodies of four young girls. He was sentenced to 16 years in prison. He was then deported to Colombia after 14 years where he was put in a psychiatric hospital. He was released four years later.

No one knows where he went after gaining back his freedom.

Robledo Puch, also known as "The Angel of Death" and "The Black Angel," is considered one of the most notorious serial killers in Argentinian history.

Carlos never fit the serial killer profile---he was young, attractive and intelligent. He came from a wealthy family, a life he turned his back on.

Robledo Puch was arrested after he killed an accomplice in a robbery on February 1, 1972. He allegedly blowtorched the face of his deceased accomplice to avoid the identification of the body. He was arrested on February 4, 1972, after authorities found his ID card inside his accomplice's pocket.

He was just 20-years-old at the time of his arrest.

Authorities never found a motive behind his crimes. Puch publicly threatened a judge after he deemed him, psychopath, saying, "Someday, I'm going to get out and kill you all."

He was tried and sentenced to life imprisonment in the high-security prison of Sierra Chica.

He requested to be paroled on May 2008 but was seen as a threat to society. He is still serving his sentence in the Argentinian corrections facility to this day.

Want More? Check these out: