Latin America, the Most Crime-Ridden Region in the World Is Suddenly Serene 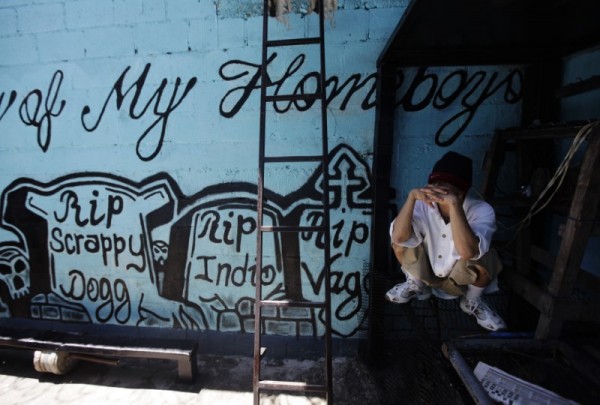 In Latin America, COVID-19 has almost everyone staying at home, distracting school and work patterns. One major positive change is the significant drop in killings and burglaries that typically disrupt daily life throughout much of the region.

Relatively, in Rio de Janeiro, a well-known crime-ridden Brazilian state, killings with the use of guns during the past month were ranked third of the same period last year.

Meanwhile, El Salvador, considered as one of the deadliest nations in Latin America, recorded the least number of homicides in history. While in Caracas, the frequently lawless Venezuelan capital, crime has dropped to almost zero.

Unfortunately, though, there are offsetting circumstances, like in the U.S., where domestic violence has seen a rise as abusive people are now spending long hours with defenseless children and partners.

Moreover, distinctive to the region-gangs running vast swathes of territories are establishing control, frequently imposing government lockdown or distribution of food, as the so-called "self-appointed guardians of civic responsibility."

In Medellin, Colombia, in March, 18 murders were reported and recorded, a number which was 46 percent lower than last year and the lowest recorded in four decades.

Even Rio reported a 50 percent decrease in shootouts since the lockdown began.

Meanwhile, in El Salvador, last month's record of 65 murders was said to be the lowest-ever recorded.

The crime data of Mexico, also for March, as opposed to those of the majority of the region.  According to the report, they were up, including lootings and murders.

However, Mexico jumped international trends last month by keeping the shops and markets operational, shutting down society only towards the end of the month.

The Situation in Other Areas Is Different

On the contrary, gangs in San Salvador have imposed quarantines and extorted crowds as well, which prompted the government agencies "to collect the $300 promised them" as part of the recovery and incentive project.

According to San Salvador's intelligence chief, he sent government offices to penetrate the crowd that sought its payments, and they acknowledged numerous criminal gang members.

U.S. law enforcement intelligence specialist Paul Consoli said even "his house cleaner could not come to work" as the 'Muchachos' or the gang ruling the streets where she lived barred anyone from going out to lessen the infection rates.

Meanwhile, in Colombia, rebels from the group of terrorists that inked a peace deal with the Administration in 2016, the Revolutionary Armed Forces of Colombia, or FARC, have stayed active.

Concerning this, a brochure released in March claimed to come from the rebel group directed those who lived in the areas where they are operating to stay inside. The said group threatened sanctions to anyone who disobeys.

There is also a rise in domestic abuse. According to Colombian Vice President Marta Lucía Ramírez, the government is using several properties sequestered from money-launderers and drug-traffickers, which include hotels, warehouses, and buildings, to house women who escape from abuse at home.

The official data present that towards the end of March and beginning of April, "calls to report domestic violence" in the country doubled from 602 to 1,221 over the same period last year.