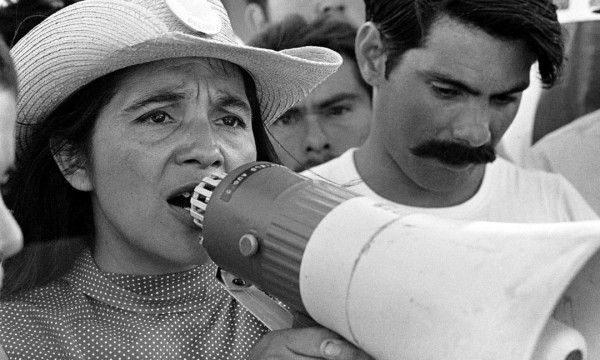 Labor leader and activist Dolores Huerta turned 90 on Friday, and she celebrates her birthday by announcing a fundraising campaign for communities directly impacted by COVID-19.

In a press statement, the activist shares that the Dolores Huerta Foundation (DHF) will hold the fundraising campaign.

"The May 16 remote-attendance party will feature a roster of special guests for a night of entertainment and activism. The goal is to raise funds for the Dolores Huerta Foundation's (DHF) frontline efforts to mitigate the impact of the pandemic in the regions of California, where politically disempowered, low income, immigrant, and farmworker communities are disproportionately impacted."

READ: At Least 2 Million US Gun Sales Recorded in March: Is it Due to COVID-19 Fears?

Specifically, the fundraiser hopes to address the remote learning inequities in public schools and the insufficient meal provisions for low-income students.

Aside from that, the campaign aims to respond to the need for labor protections and legislative income support for vulnerable communities.

"It is a great honor to be recognized on my 90th birthday. I want to thank everyone who will be celebrating with me today and on May 16 and ask them to continue to work for justice and equality," Huerta said in the release.

On May 16 the culmination will feature entertainment and activism with a roster of special guests, including Jane Fonda and Tim Robbins.

ALSO READ: Cytokine Storm: How an Overactive Immune System Can Cause a COVID-19 Patient's Death

As president of the Dolores Huerta Foundation (DHF), Huerta successfully organized politically disempowered, low income, immigrant, and farmworker communities for over 15 years, as well as moved for crafting of policies for equitable structural transformation. 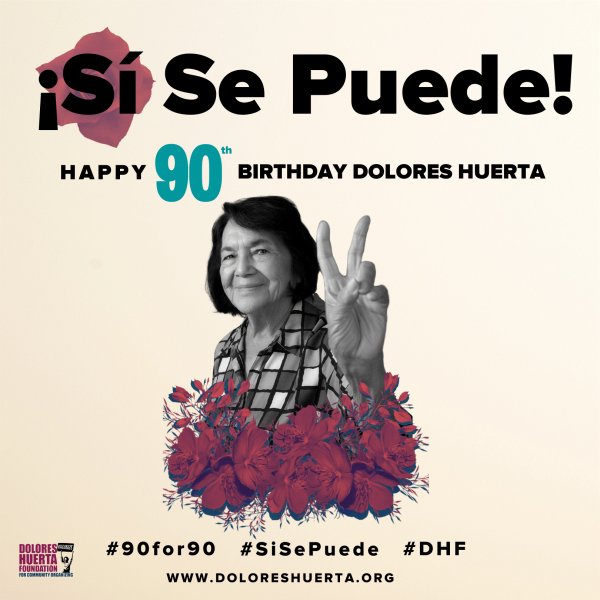 According to a biographical account, one of the primary reasons why Dolores became an activist is her mother's independence and entrepreneurial spirit. Dolores' mother, Alicia, was known for her kindness and compassion towards others.

Among her exemplary actions were offering rooms at affordable rates in her 70-room hotel, which she acquired after years of hard work, as well as welcoming low-wage workers in the hotel, and often waived the fee for them altogether.

She was also an active participant in community affairs, involved in numerous civic organizations and the church.

Her mother encouraged the cultural diversity that was a natural part of Dolores' upbringing in Stockton, where the agricultural community in which she was raised was made up of Mexican, Filipino, African-American, Japanese, and Chinese working families.

It is undeniable why her advocacy is primarily inclined towards farmworkers. Huerta co-founded the United Farm Workers with Cesar Chavez and originated the phrase "¡Sí Se Puede!" while fighting on behalf of exploited farmworkers. In 2012, she received the Presidential Medal of Freedom for her pioneering political activism and community organizing.

Despite her age, she continues to advance social justice through DHF, which focuses on education justice, increasing civic engagement, LGBTQ equality, and eradicating child poverty.

For more details about the fundraiser, visit doloreshuerta90.org.

© 2022 Latin Post. All rights reserved. Do not reproduce without permission.
Most Popular
Our Picks
In Other News
US News
Former Yankees Pitcher Sergio Mitre Gets 50 Years for Raping, Killing Ex-Girlfriend’s Toddler Daughter in Mexico
World
Argentina: Buenos Aires Education Minister Under Fire for 'Giving up' on School Dropouts
World
One of Mexico’s Most Important Art Collections Faces Uncertainty as Citigroup Offloads CitiBanamex
US News
Mexico Resort Shooting Leaves 2 Canadian Tourists Dead, Another Wounded