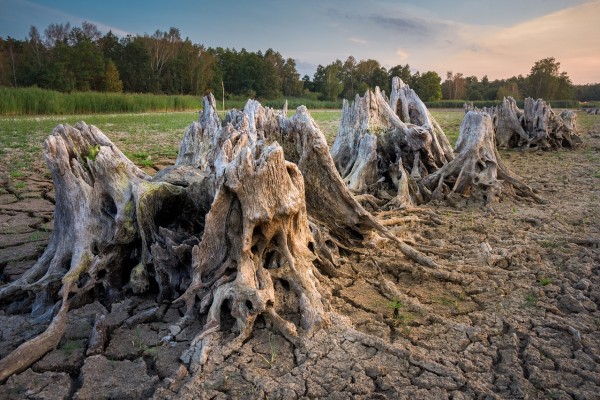 Amid the COVID-19 outbreak, Mexico is yet confronted with another crisis: severe drought brought by climate change.

In a recent article, Conagua, the country's National Water Commission published last week in the Official Journal of the Federation, a general agreement declaring an emergency due to the occurrence of severe, extreme, or exceptional drought in basins by the year 2020.

Climate change has made its presence felt as Mexicans are forced to stay indoors, which means that the demand for water consumption increases, but supplies run short.

Conagua determined the water levels of several basins of the country as the basis to come up with the emergency declaration of severe drought, one of the modalities of the natural phenomenon which also includes extreme and exceptional, severe being at the first level.

The published notice states that in order to mitigate the effects of drought, Conagua has issued a series of actions to undertake.

To implement the preventive and mitigation measures stipulated in the corresponding Basin Council Program, the water concessionaires may give notice to the Water Authority to provide third parties, on a provisional basis, with the total or partial use of the waters under concession.

In addition, the notice states that concessionaires may temporarily assign or transfer to the Water Authority their rights as well as request the interruption of the expiration of the concession volumes they do not use, while the emergency is being raised.

Moreover, according to the results of the analyses and opinions made by the Drought Monitor of Mexico, Conagua may execute transitory measures agreed upon with the users' representatives in the basin councils, provided that the objective is to guarantee water supply for domestic and urban public use.

Conagua also exhorted the users of national waters in municipalities to implement the preventive and mitigation measures contained in the Program for Drought Prevention and Mitigation Measures. The said program corresponds to the basin council where they are located.

The access to safe, potable water in Latin America, including some parts of Mexico, remains a challenge. According to an article by Latin Post, many residents in the colonias along the Texas-Mexico border use unsupervised private wells that have unpredictable water quality and availability.

In another article, unsafe drinking water and inadequate access to water sanitation contribute to about 88 percent of deaths from diarrheal diseases, according to the Centers for Disease Control and Prevention.

Not only the climate but also agriculture contributes to the worsening of conditions. Safe drinking water is scarce in neighborhoods with poorly constructed septic systems or sewers since extreme weather events such as hurricanes, droughts, and excessive rainfall cause the sewer systems to constantly back up and overflow.

This causes the water supply to be polluted with contaminants from wastewater.

This is not the first time Mexico is confronted with an emergency due to severe drought. In 2016, Conagua had issued the same notice and coordinated with local water basin councils to help resolve the water shortages and guarantee public supplies.