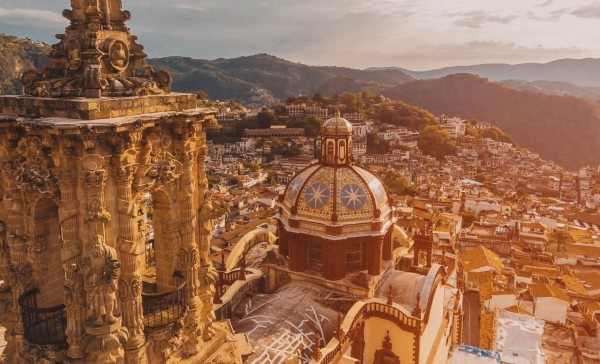 For the next few weeks Mexico will be living under a heatwave, which could put at risk the health of essential workers who will have to go out amid the Coronavirus pandemic, the National Meteorological Service (SMN) of Conagua announced on Monday, according to a recent article.

At 22 states in the country will be affected, according to SMN, which is tasked to declare heat wave "when in a region, during five or more days, the average maximum temperature of that period is exceeded... It leads to clear skies and, therefore, more hours of solar radiation".

SMN forecasts that 22 states will be recording temperatures above 95° Fahrenheit, nine of which will have maximum temperatures of 104°: Colima, southwest of the State of Mexico, Guanajuato, Hidalgo, Nuevo Leon, southwest of Queretaro, San Luis Potosi, Sinaloa, and Tamaulipas.

And finally, three states will have temperatures above 113°: Campeche, Tabasco, and Yucatan. On April 8, a woman reportedly died from heatstroke while working on her ranch in the community of Señor in Felipe Carrillo Puerto, according to a local media in Quintana Roo.

SMN warned the public that if they do not hydrate regularly and fail to avoid exposure of direct sunlight, the high temperatures could be detrimental to their health.

"A heatwave that can last for weeks causes serious health effects, from excessive tiredness and sweating to life-threatening heatstroke or sunstroke."

Based on previous data, it is estimated that the average temperatures will continue to increase worldwide due to global warming, and therefore, in Mexico, as shown in the trend below:

Emergency Due to Drought

Rising temperature is not the only climate change-related problem faced by Mexico today. In a recent article by Latin Post, Mexico's National Water Commission published last week in the Official Journal of the Federation, a general agreement declaring an emergency due to the occurrence of severe, extreme, or exceptional drought in basins by the year 2020.

As Mexicans are forced to stay indoors, the demand for water consumption increases, but supplies run short due to extreme heat.

Conagua determined the water levels of several basins of the country as the basis for the emergency declaration, one of the modalities of the natural phenomenon.

The published notice states that Conagua has issued a series of actions to undertake to mitigate the effects of drought and to make sure there is enough water supply across Mexico.