The three white men, who were accused of killing African-American Ahmaud Arbery, were indicted by a grand jury on Wednesday in Georgia. 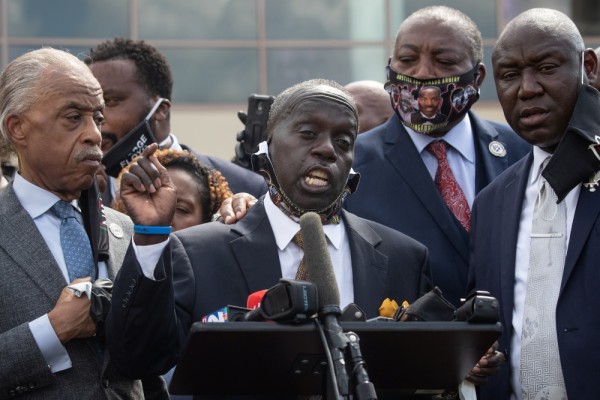 (Photo : Reuters Connect)
Marcus Arbery, father of Ahmaud Arbery, addresses the media at the public viewing of George Floyd, whose death in Minneapolis police custody has sparked nationwide protests against racial inequality, at The Fountain of Praise church in Houston, Texas, U.S.

Ahmaud Arbery, 25, was fatally shot and killed, while out for a jog in Brunswick City, on February 23. He was accused of being one of the burglars in a series of local break-ins.

Ahmaud Arbery ran past the truck of William "Roddie" Bryan Jr., who struck the victim with the side of his truck. After seeing the McMichaels pursuing Arbery in a pick-up truck, Bryan joined the chase.

Eventually, the three men caught up with Arbery and three shots were fired. The three suspects were indicted on malice and felony murder charges, according to AP News.

Prosecutor Joyette Holmes said the decision of the grand jury is a big step in finding justice for Arbery, his family, and the Black community.

What Does the Indictment Mean Under Georgia Law?

A felony charge under the Georgia Law means that death occurred during the commission of an underlying felony and does not require an intent to kill.

Meanwhile, malice murder requires "malice aforethought either it is express or implied." Moreover, murder conviction in Georgia carries a minimum sentence of life in prison, either with or without the possibility of parole.

CNN News reported that it has been months that the case of Arbery was heard in the court due to the statewide judicial emergency declared by the U.S. Supreme Court Chief Justice amid the global pandemic.

The death of Ahmaud Arbery under the hands of three white men, and George Floyd last month under the police officers, sparked nationwide protests participated by people of different color and well-known celebrities as well.

For Ahmaud Arbery, his case has pushed the Georgia lawmakers to pass the hate crimes law on Tuesday. The death of Floyd has ignited people across the country to end the systemic racism that has long existed in the country.