Mark Zuckerberg's Net Worth Balloons to More Than $100 Billion 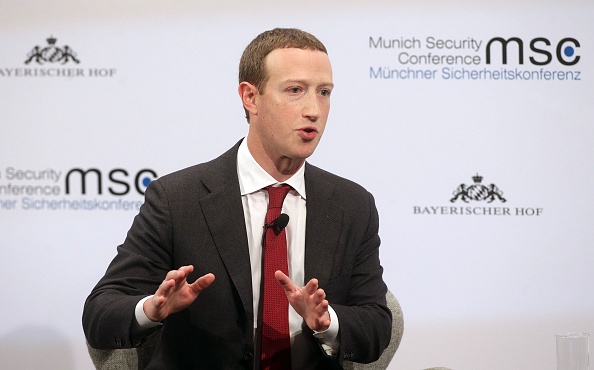 Mark Zuckerberg's net worth went over $100 billion for the first time on Thursday after Facebook Inc. hit a record-high with the release of its TikTok rival, Reels.

Zuckerberg, 36, is now joining tech titans Jeff Bezos and Bill Gates as the only people in the world with this kind of net worth status, as per the Bloomberg Billionaires Index.

The soaring price of Zuckerberg's net worth is mostly due to his 13 percent stake in Facebook. The social media firm reached sky-high stock price during the coronavirus disease 2019 (COVID-19) pandemic, reported the Business Insider.

Zuckerberg has gained about $22 billion in his net worth this year, while Bezos of Amazon is up more than $75 billion.

Reels works within the Facebook-owned Instagram. Its launch came at a great time for Zuckerberg as President Donald Trump issued an executive order late Thursday to address the "threat" of the Reels competitor TikTok in the United States.

Many tech founders like Facebook, Amazon, Apple, and Google have enjoyed the vast wealth that comes with a more virtual lifestyle due to the coronavirus pandemic, the BBC reported.

The U.S. economy is standing more and more on tech-based foundations, and the growth in the industry is at its fastest pace on record. But the growth comes with controversy and scrutiny.

Many bosses of America's biggest tech firms went to Congress last month to defend claims that their power and influence over many people are now out of control. On July 29, Facebook and other tech firms, Amazon, Apple, and Google were grilled by lawmakers over antitrust issues. According to The Guardian, a New York antitrust proposal could make it easier to sue tech giants.

The five largest American tech companies- Apple, Amazon, Alphabet, Facebook, and Microsoft - contribute about 30 percent of U.S. gross domestic product, nearly double than what they give at the end of 2018.

Senator Bernie Sanders plans to introduce a legislation to tax what he believes is "obscene wealth gains" during the coronavirus crisis. The proposed "Make Billionaires Pay Act" will tax 60 percent of the increase in a billionaire's net worth from March 18 through the end of the year.

Sanders proposed that the tax revenue will go to out-of-pocket healthcare expenses for Americans.

Zuckerberg founded the social media giant Facebook from his Harvard University dorm in 2004. In the past, he said he plans to give away 99 percent of his shares over his lifetime. He's doing this through a charitable foundation he set up with his wife, Priscilla Chan.

The U.S. isn't the only country experiencing increased incomes for tech companies. Tech is the best-performing industry this year, even overseas.

Tencent Holdings Ltd. CEO Pony Ma just had a $17 billion increase to his wealth, making his net worth balloon to $55 billion.

India's Mukesh Ambani has also become $22 billion richer this year, and he's now worth $80 billion. His company, Reliance Industries, got investments from firms like Facebook and Silver Lake.

Want to read more? Take a look at these!