The 2020 census was supposed to end at an earlier date this year after the White House said the Census Bureau should "wind down" operations for certain groups, but a federal judge's order blocked this plan. 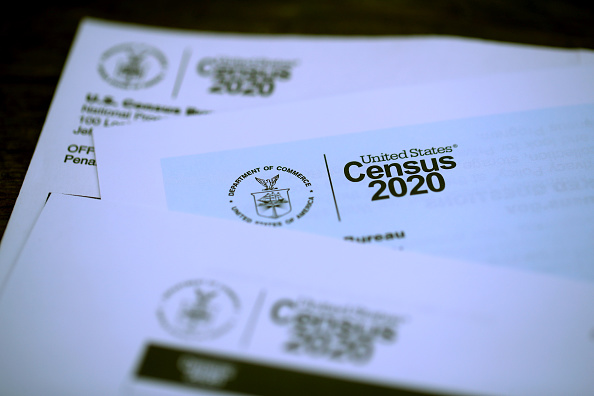 (Photo : Photo Illustration by Justin Sullivan/Getty Images)
The U.S. Census logo appears on census materials received in the mail with an invitation to fill out census information online on March 19, 2020 in San Anselmo, California.

The order will stop the bureau's plans to "wind down" operations until a court hearing is held on September 17.

If the order hadn't been in place and the bureau continued to wind down, the census data collection would be done by the end of September.

Certain civil rights groups found the decision as a victory as they had requested a later deadline for the 2020 census. They said the bureau should restore its plan to finish the census at the end of October instead.

The census was supposed to end data collection by the end of July this year but was pushed back due to the coronavirus pandemic.

Every U.S. citizen's headcount, which only happens once every 10 years, will determine how federal funds will be distributed. It will also set how many seats in Congress a state gets in a process known as apportionment, noted the Associated Press.

The bureau also requested Congress to extend the deadline for turning in the apportionment numbers from December into next spring. December is the deadline required by law. But the request was not granted, and the bureau was forced to create a new schedule.

The bureau faced a suit on August 18, arguing that the "rushed" timeline could lead to inaccurate results. It can also lead to a massive undercount in the country's people of color, the Reuters reported.

The lawsuit also alleged that Commerce Secretary Wilbur Ross' announcement to shorten the census collection was not agreed to by the bureau's staff.

The lawsuit contends that the Census Bureau changed the schedule to accommodate the White House's orders to exclude undocumented immigrants from the 2020 census data.

The orders were only for numbers used in redrawing congressional districts. If this was followed, the bureau can hand in the data by December.

A statement from the White House also said that states which "encourage violations of the federal immigration law" should not be rewarded with House seats.

A CNN report noted that these changes in the headcount can have drastic effects to district seats.

Kristen Clarke of Lawyers' Committee for Civil Rights Under Law said the court recognized that the White House was "short-circuiting" the census data. She also noted that the order was a "threat" to a fair and accurate process.

Koh's order cited previous court cases on apportionment. She said these earlier case concluded that it is in the public's interest to be fairly apportioned. She added that an accurate census will assure fair distribution of federal funds.

"Thus, the balance of the hardships and public interest tip sharply in Plaintiffs' favor," Koh said.

There haven't been any immediate comments from either the White House or the Commerce Department yet.

© 2021 Latin Post. All rights reserved. Do not reproduce without permission.
Most Popular
Our Picks
In Other News
US News
Some State Lawmakers Consider Replacing Immigrant Terms "Alien" and "Illegal"; California, Colorado Made the Change
US News
Cocaine Found in Christmas Cards Bound for New York at Guyana Post Office
US News
Guatemalan Stowaway Hiding in American Airlines Plane's Landing Gear Survives Flight to Florida
World
500 Packages of Cocaine With Liverpool FC Branding Bound for Brazil Seized in Paraguay