The Senate voted to advance a stopgap bill to avoid government shutdown on Tuesday, moving the funding forward ahead of a looming deadline. 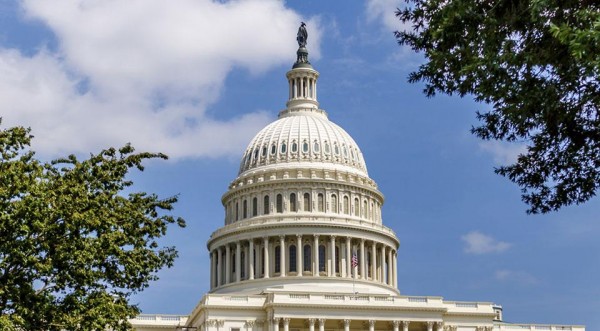 The stopgap bill can keep the government open through December 11.

As Fox News reported, Senate held the vote of an overwhelming 82-6 on the issue. With this advance, debate is limited. Senate also paved the way towards the final vote on the spending measure.

Reuters said in a report that the final vote on the stopgap bill will let the government to continue funding government programs at current levels.

If not, the government will run out of money by midnight unless leaders agree to an earlier time.

The stopgap bill passed in the House last week with a wide margin of 359-57. There is also a good chance of it passing in the Senate as well, said a CNN report.

It is clear that there is bipartisan interest in passing the bill. Both parties want to keep the government funding as election looms near. The bill is also known as a continuing resolution, or CR.

Talks on the CR started with what was first an informal agreement between House Speaker Nancy Pelosi and Treasury Secretary Steve Mnuchin.

These talks seemed to not have gone anywhere in just a few weeks before the funding deadline. But the agreement and its progress now seems to be saying otherwise.

It is good news that the stopgap bill stops the threat of a shutdown before the November elections. But it is still possible for funds to run out at the start of the new Congress.

The stopgap measure deals with 30% of the federal government's daily budget. The budget goes to Cabinet agency operations funding by Congress each year.

Yearly appropriations broke down in the Senate this year and it is unlikely that the $1.3 trillion funds will be enacted this year. It is even more unlikely if Democratic candidate Biden were elected to replace Trump.

The effort to avoid a shutdown is a very important matter right now, amid tensions in the Senate over the confirmation of Supreme Court nominee, Amy Coney Barrett.

The nomination for Barrett was put forth to fill the seat of late Justice Ruth Bader Ginsburg. Senate Republicans are now trying to quickly confirm Barrett before Election Day.

The agreement sparked by Pelosi and Mnuchin includes various provisions. These provisions will likely send tens of billions of dollars to the Commodity Credit Corporation (CCC).

The CCC is a priority for Republicans and bipartisan members of the agricultural states. It will help replenish vital aid for farmers.

Democrats raised concerns that the money might be used by the White House to fund favored political interests, so restrictions were put in place.

The bill would also include $8 billion in nutrition assistance. This provision is a central priority for Democrats during negotiations.

When negotiations first broke down, both farm aid and nutrition assistance provisions were left out.

Lawmakers in both sides of the chambers said the goal is still to pass and reconcile funding bills for what is left of the fiscal year. But they also noted that the results of the November elections can play a vital role in what gets done in the new Congress.

© 2022 Latin Post. All rights reserved. Do not reproduce without permission.
Most Popular
Our Picks
In Other News
US News
Kamala Harris to Attend Inauguration of New Honduras President With Anti-Semitic Ties
US News
El Chapo Trial: Sinaloa Cartel Boss' Life Sentence Upheld by U.S. Appeals Court
US News
Mexico: Killings of 2 Canadians in Resort Due to Debts Between International Gangs
World
Mexico Journalists Engage in Protests Calling Government for Protection Following Reporters' Death This Year