Treasury Secretary Steven Mnuchin said any stimulus deal would send another round of $1,200 in direct cash payments to millions of Americans.

On Wednesday evening, Mnuchin said any stimulus agreement would include more direct payments for American taxpayers.

During an interview on Fox Business, Mnuchin reiterated the Trump administration's opposition to the $2.2 trillion economic relief plan that the Democratic negotiators were pressing for and said they prioritized getting everyone back to work instead. 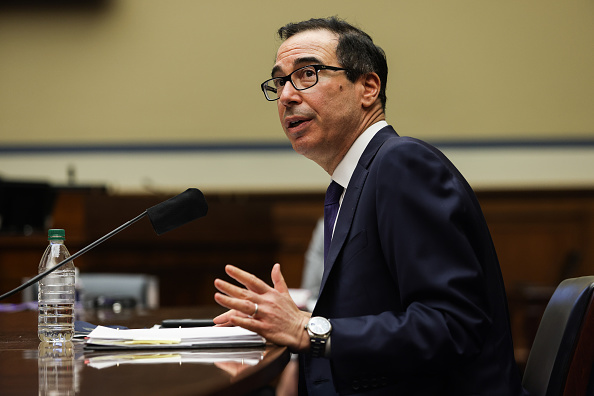 But Mnuchin said an agreement was struck with House Speaker Nancy Pelosi that an economic relief package will include federal checks for eligible individuals.

"We have reached an agreement that if there will be a deal, there are direct payments same to last time that are in the package," the Treasury Secretary said.

Mnuchin added that the White House was seeking to give more federal aid to schools, small businesses, and additional funds to COVID-19 testing and tracing.

"If there is a fair compromise, we're prepared to do it... There are a lot of areas where we have an agreement on," Mnuchin noted.

Mnuchin's statement is a sign that the White House might be inching towards an agreement with Democrats as both sides strive for common ground on new economic relief, as per Business Insider.

On Wednesday, Mnuchin met with Pelosi in Capitol Hill for the first time since talks collapsed in August. The two have been negotiating for four days.

If a last-minute deal is reached between Democrats and the White House, it's unclear if Republicans in the Senate would support the agreement, which would likely carry a price tag that is $1.5 trillion or above.

Many GOP senators opposed the spending proposals that would increase the federal debt. Lawmakers have approved over $3 trillion in federal aid since the pandemic began.

Early last month, a "skinny" relief plan from Republicans that include only $300 billion in new spending sparked significant opposition within their party. The plan omitted direct payments keeping the cost of the package down.

The CNN reported that the Democrats prepared a House vote on their $2.2 trillion spending package on Wednesday evening. However, the party pushed it back until Thursday hoping to have more time for an agreement with the White House.

The Democratic plan is unlikely to become a law given staunch GOP opposition.

On Wednesday, Senate Majority Leader Mitch McConnell tore into the new House Democrat's plan, saying it was "outlandish" and the amount was "too high."

President Donald Trump and Congress approved in March the $1,200 relief checks for many American adults plus an additional $500 for each dependent under the age of 17 through the CARES Act.

Those who qualified for full payment are those earning below $75,000 a year. The threshold for married couples was $150,000. Trump has long backed sending another round of direct payments.

Stimulus Checks Might Be Released Mid-October Once Pelosi, Mnuchin Reached a Deal