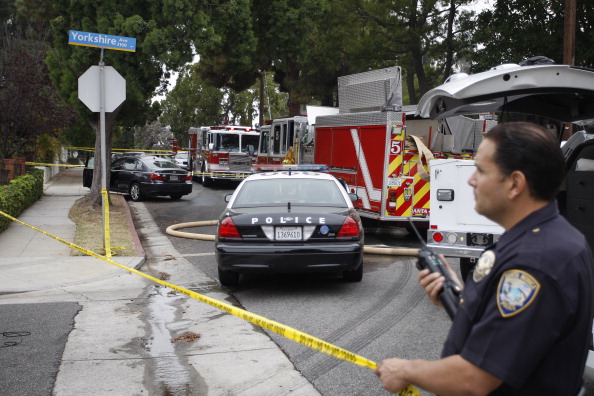 Los Angeles has seen a 25 percent spike in murder cases than last year's numbers, said to be elevated by gang feuds.

In an NBC Los Angeles report, the LA County police said there was a drastic increase in street violence in South Los Angeles.

The trend continued from late September to October, with at least a dozen murder cases in the past week.

Homicide detectives in LA county were left to a hectic start of the year because of the rise in murder. This is despite the closure of many locations due to the coronavirus lockdown.

"As of this morning...we've had 261 homicides," said LA county police department Capt. Ahmad Zarekani on Wednesday. He noted that this statistic meant a 25 percent increase from last year's data at this point.

He assured that the county's detectives are working hard to solve the cases and bring justice to the victims and their families. Along with these assurances, he announced the arrest and prosecution of four suspects in a robbery and murder.

Their victim was a man named Austin Belisle, and he was killed in late July. Homicide detective Nellie Knight said the men would face murder and theft charges.

The charges will also be enhanced because of the men allegedly being linked to a street gang.

LA county was already worried about its 15 percent increase in murders late last month, as said in a Los Angeles Times report.

But the high rise of murder has been a problem since June, where killings were nearly a fifth compared to the prior year. Back then, the county was worried that 2020 might be the largest homicide increase in years.

It might just be the case, but the county police assured that they are still doing better than other departments.

"We are faring a lot better than other police departments when it comes to homicides," said Capt. Paul Vernon, who oversees the LA Compstat unit. Vernon also noted a drop in overall violent crime.

Murders in the firsts half of the year also rose 15 percent nationwide, according to an FBI report obtained by Daily Mail.

Meanwhile, arson was up by 19.2 percent nationwide but spiked by 52.1 percent in cities with more than a million residents.

But the overall crime went down, the report added. Assault, rape, and robbery declined by 0.4 percent, and property crime fell 7.8 percent.

I-Team reviewed the number of LAPD recorded shootings. They found that victims survived 21 percent shootings, or an average of 3.3 each day.

It is higher when compared to the average of 2.7 survivors at this time last year. From October 5 to 12, there were at least 96 crime reports for shootings, but not all resulted in injuries.

Most of the violence happened due to a series of attacks stemming from a historic feud between two rival gangs last month, said the police.