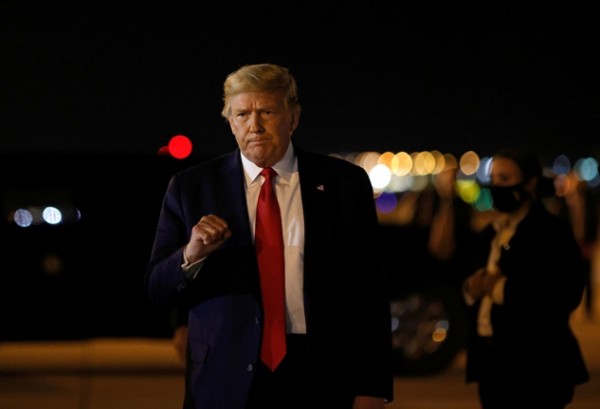 President Donald trump signed a bill that designated 988 as the universal phone number for the national suicide prevention hotline starting 2022. The White House announced this new development through a release.

The bipartisan bill will change the suicide hotline's number from 1-800-273-8255 (TALK) to a three-digit hotline, 988. Shifting to 988 makes the suicide hotline more accessible to those in need, reducing the number by seven digits.

Trump was the last to receive the National Suicide Hotline and Designation Act, Business Insider noted. It was first received by the House of Representatives, the Senate, and Federal Communications Commission.

Trump's decision to sign the bill into law comes at a vital time. As the COVID-19 pandemic worsened in the U.S., so did mental health issues all over the country.

Since 911 is already a known emergency number, 988 echoes it well, said Ajit Pai, chairman of the FCC noted in a BBC article last year.

"We believe that this three-digit number dedicated for this purpose will help ease access to crisis services," Pai said.

The bill will allow telephone providers to employ the new suicide hotline number in about two years. It also allows states to collect direct fees to make sure crisis centers can support increased volume, reported CNN.

Government health agencies will also be directed to report to Congress.

In this report, they will detail strategies to support LGBTQ youth, minorities and people in rural counties. These groups are known to have a higher risk of committing suicide.

Before the pandemic hit the country, suicide has already been a public health concern.

According to the Centers for Disease Control and Prevention, suicide was the 10th leading cause of death in 2018.

It hits younger age groups the most, specifically those aged 10 to 34 that has this as their second leading cause of death.

But this does not mean other age groups are not affected. CDC showed that even those aged 35 to 54 have suicide as the 4th leading cause of death.

Suicidal ideation, or seriously considering suicide, has also been up among young people since last year.

One in four people aged 18 to 24 have fallen victim to this, said a survey released in August by the CDC.

Generally 11% of adults have gone through suicidal ideation. Those who identify as Hispanics have it worse, as 19% of surveyed Hispanic individuals reported it.

It will cost about $570 million for the first year and $157 for the following year.

This will include $50 million in annual expenditures to provide for increased call-center capacity. A $125 million cost will also come for the first two years to raise public awareness.

Overall, it will cost $175 million per year.

The FCC stressed that the benefits from setting up the new suicide hotline will "likely outweigh the costs."

They recommended the three-digit option since it was shorter and easier to keep in mind.

It "would likely make it easier for Americans in crisis to access potentially life-saving resources," the commission said.

Why Halting COVID Vaccine Trials is No Reason to Worry

Pfizer to Seek FDA Approval for COVID-19 Vaccine After Election