Argentinian soccer legend Diego Maradona, who led his country to the 1986 World Cup title, died at the age of 60 on Wednesday. 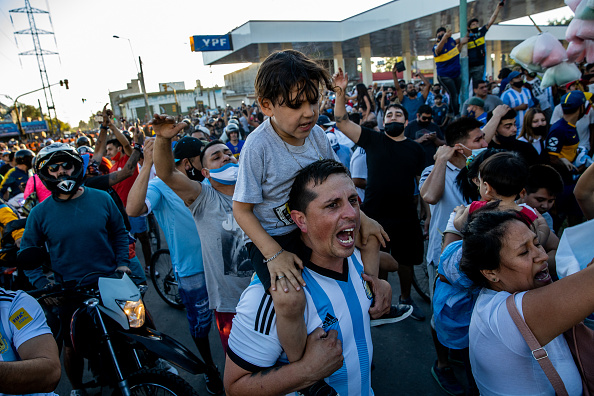 Diego Maradona is one of the most well-known personalities in Argentina because of his great contribution to soccer.

He became the country's most hailed soccer player after he captained the Argentine national team to victory in the 1986 World Cup in Mexico. And now that he's gone, the nation is mourning for his death, the Globe Post reported.

Diego Maradona's Cause of Death

Sebastián Sanchi, Maradona's spokesperson, said he died due to a heart attack just two weeks after being released from a hospital in Buenos Aires.

Maradona earlier admitted that after he led Argentina in the 1986 World Cup, he struggled to avoid cocaine, and he became obese. He almost died in 2000 and 2004 due to heart problems.

Following this, Maradona suffered from more health problems. He underwent a gastric bypass in 2005 that trimmed his weight.

In 2007, Maradona was hospitalized because of acute hepatitis that his doctor blamed on excessive drinking and eating.

Maradona's Contribution to the Country

Maradona is one of the most famous athletes in Argentina. He built his name and career after leading the country in the 1986 World Cup, wherein he scored the "Hand of God" goal.

It was one of the most famous moments in the history of sporting events. The goal came when Maradona punched the ball into England's net during the 1986 World Cup quarterfinals, according to an Associated Press report.

England argued that the ball went in off of Maradona's hand, not his head. But the Argentinian soccer legend gave conflicting statements about what happened over the years. At one point, he attributed the goal to divine intervention, to "the hand of God."

Maradona captivated fans worldwide, most especially the sports enthusiasts, because of his playstyle that was all his own.

He made an unlikely return to Argentina's national team in 2008, not as a player but as a coach. He was ousted from the team after a quarterfinal exit at the 2010 World Cup in South Africa. But it was not yet the end of his career.

He was able to get a coaching job with the United Arab Emirates club Al Wasl. Maradona made history not only for himself but also for Argentina.

The Federation Internationale de Football Association (FIFA) named Maradona as one of the two greatest in the sport's history, alongside Brazilian soccer player Pele. Many soccer players around the world had been fascinated with him.

Former Argentina striker Carlos Tevez said: "Maradona inspires us. He's our idol, and an idol for the people."

After Maradona's passing, the Argentina government has declared three days of national mourning for his death.