The House of Senate needs to pass a stopgap funding bill, also known as a continuing resolution, to avert a government shutdown and pass a new relief bill. 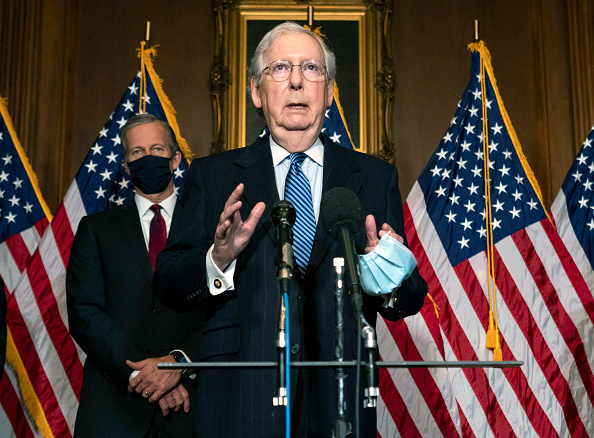 The stopgap funding bill must be passed sometime this Friday or else both chambers will resume their session next year.

According to Government Executive, this is the only way to avert a government shutdown, but lawmakers have been dealing with a series of holdups that have thrown a timeline for a vote into question. Senate Majority Whip John Thune shared with the reporters that lawmakers were facing multiple holdups.

It can be remembered that a continuing resolution was also passed before the election when lawmakers tried to seal the second round of stimulus package. However, though there was a stopgap bill at that time, the stimulus package was not sealed due to some disagreements.

Why Is It Important to Pass Stopgap Bill?

It is important that the House of Senate must pass a stopgap bill or known as the continuing resolution to avert a government shutdown. This will help lawmakers finish up the defense policy bill known as the National Defense Authorization Act.

Additionally, the stopgap bill will also extend government funding by a week and will help them to have more time to reach an agreement over a relief bill and broader funding legislation for a new fiscal year.

The House of Congress already passed a one-week extension earlier this week. A bipartisan group comprised of Senate lawmakers from both Republicans and Democrats passed the $908 billion relief bill.

Potential Holdups for a Stopgap Bill

Sen. Rand Paul said on Thursday that one of the potential holdups is obstructing the NDAA over an amendment from Rep. Liz Cheney, a Republican from Wyoming, that Paul says would limit the President's ability to withdraw troops from a war zone like Afghanistan.

Additionally, Sen. Bernie Sanders is also demanding a vote provision over $1,200 stimulus checks and a group of conservative senators has insisted on vote legislation that will prevent future government shutdowns. Overall, it is still unclear until today how the standoff will play out.

The uncertainty of another stopgap bill comes as lawmakers also continue to reach an agreement over a new round of relief bill as both parties have disagreements on some measures.