Lawmakers Call for One-Week Extension to Decide For Relief Bill

Lawmakers from the House of Congress and Senate grabbed a one-week government funding extension to discuss the COVID-19 relief bill. 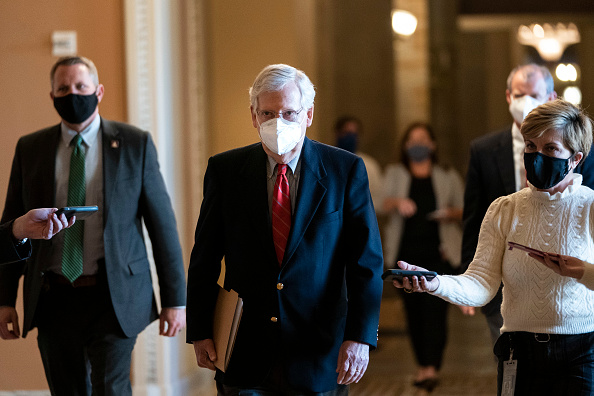 The House of Congress and Senate are supposed to adjourn this week and close the $908 billion relief bill that will help millions of Americans across the country. But the House easily passed a one-week government-wide funding bill Wednesday that sets a new Dec. 18 deadline.

The House of Congress easily a one-week government-wide funding bill on Wednesday that sets a new deadline on Dec.18. This is to give lawmakers more time to wrap up both the COVID-19 relief measure and a $1.4 trillion catchall spending bill that is also overdue.

According to Associated Press, the 343-67 vote sent the one-week bill to the Senate where it is expected to easily pass before the set deadline of midnight Friday to avert a partial government shutdown.

The one-week extension will give both sides to sort their disagreements.

Who Will Handle the Relief Bill Negotiation?

GOP leaders said that the right persons to take the lead in another one-week extension are the top four leaders of Congress and the Trump administration.

They are expected to focus on a proposal by Senate Majority Leader Mitch McConnell to eliminate a Democratic demand for a $160 billion aid for state and local governments.

Meanwhile, the top Democratic leaders expressed their support towards the $908 billion relief bill proposed by a bipartisan group of Senator, though there are some speculations that the bill is not getting encouragement from Senate Majority Leader Mitch McConnell.

However, many also believed that McConnell will support it since it gives financial aids to businesses and other organizations protections against COVID-related lawsuits.

Democratic Senate Minority Leader Chuck Schumer said, "We're trying to get a bipartisan compromise along the lines of the Gang of Eight frameworks."

Meanwhile, Senate Minority Whip John Thune said that the only way to resolve the negotiation and close the deal is for McConnell, Pelosi, and the White House to take charge.

Pelosi has rejected the stimulus offers of the White House and McConnell multiple times before the election.

Pres. Donald Trump and his administration have long been asking the House of Congress to act on another stimulus aid even before the election. Their latest offer to Pelosi's camp before the election was $1.8 trillion but the Democratic House Speaker rejected it.

After the bipartisan group offered a $908 billion relief bill, the Trump administration is back on the table and offered $916 billion on Tuesday. However, the offer excludes the $300 weekly unemployment benefit and replace it with $600 direct stimulus checks.

On the other hand, Democrats immediately blasted the plan over the administration's refusal to back the partial restoration, to $300 per week, of bonus pandemic jobless benefits that lapsed in August.

hese are the disagreements Republican and Democratic lawmakers are trying to resolve.

© 2021 Latin Post. All rights reserved. Do not reproduce without permission.
Most Popular
Our Picks
In Other News
Culture
Here's What the Metaverse Will and Won't Do for You
Culture
Opportunities in the Metaverse for Real-world Businesses
Culture
How to Make Your Morning Routine More Efficient
US News
Private Collector Returns Mayan Artifact to Guatemala After Plans of Auctioning It in 2019