New Pixar Shorts, Including Coco-Inspired 'A Day in the Life of the Dead,' Are Coming To Disney Plus 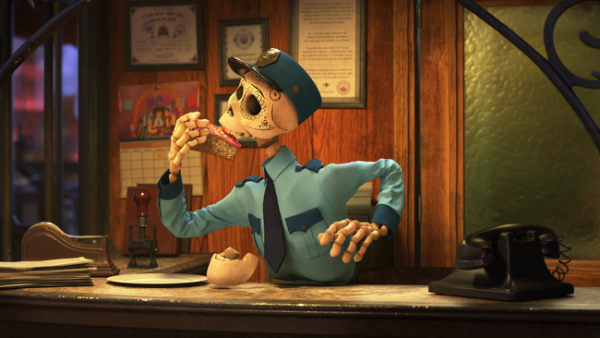 Animation lovers would be delighted to see this week the new collection of Pixar shorts, including the one that features the characters of the 2017 award-winning film Coco.

This collection of nine Pixar shorts, called Pixar Popcorn, would be making its debut on Disney Plus on Friday, Jan. 22.

The Pixar shorts will feature some fan-favorites in Pixar presentations like Héctor and Mamá Imelda from Coco.

The Coco short is called A Day in the Life of the Dead, to be streamed on Disney Plus, alongside new Ducky and Bunny stories from Toy Story 4 and Baby Jack-Jack and Dash of Incredibles 2, among many others.

Plots for the short films remain unknown. The title A Day in the Life of the Dead led Remezcla to believe that the Coco short film will revolve around the Land of the Dead.

Digital Spy also listed some of the upcoming titles: Dancing with the Cars, Unparalleled Parking, Soul of the City, Cookie Num Num, Chore Day: The Incredibles Way, Dory Finding, To Fitness and Beyond, and Fluffy Stuff with Ducky & Bunny.

Pixar Unlikely to Have More Releases on Streaming Service

In an article, Nerdist said it's unlikely for Pixar to premiere more features on its streaming service. This is despite Soul being released as Pixar's first film to debut on Disney Plus. That is, of course, excluding Pixar Popcorn that is going exclusively on the streaming service.

Pixar released its short collection's first trailer and poster show where characters from each bite-size presentation had the chance to shine. Apart from that, Pixar also has more plans down the line.

One of the things to look out for is Luca, a story about a boy who "experiences an unforgettable summer in a seaside town on the Italian Riviera," reported Games Radar. It is about a young boy and his pals posing as humans while on dry land.

Pixar has a strong relationship with short films, as their own shorts date back to the studio's founding years. When theaters were still open, people would often see these heart-melting pieces before the release of a feature film.

With its reputation in shorts, there's no doubt that Pixar can make some more that are worth watching. Hopefully, Pixar Popcorn can feed our inner child until theaters reopen.

What to Expect from Coco Short Feature?

As seen in the short features' trailer, A Day in the Life of the Dead features Héctor and Mamá Imelda, dancing in the Land of the Dead's streets.

There was also some screen time for the skeleton arrivals agents seen in the 2017 original film. This time, they also lose their jawbone while answering the phone and struggle to keep it in place with tape.

As Coco did in the past, you can see some references to Mexican cultures, like when the arrivals agent had a cortadillo or a Mexican pink cake on his desk.

Indeed, there will be more to unfold from the Pixar shorts, and fans will be excited to find out more.