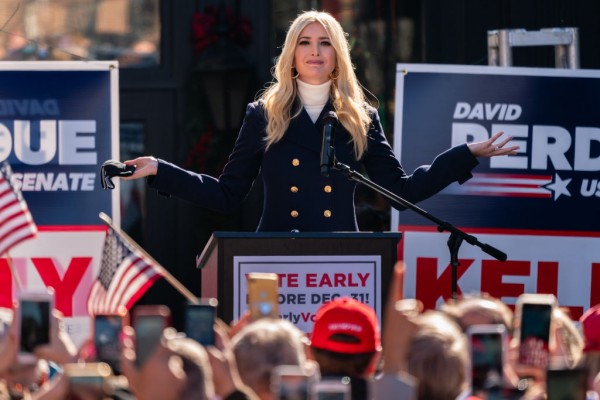 Ivanka Trump, the eldest daughter of former president Donald Trump, will not run for the U.S. Senate from Florida in 2022 as she settles into life after Washington, according to people close to Florida Senator Marco Rubio.

ABC News reported that a Rubio campaign spokesperson said Ivanka Trump spoke with Rubio several weeks ago and told him about her plan of not running for his seat.

The campaign spokesperson further noted that the two have also discussed appearing at a joint event highlighting their shared support for expanding the child tax credit.

According to Associated Press, the conversation between Ivanka and Rubio, which was first reported by The New York Times, comes a day after Donald Trump re-emerged from almost a month of self-imposed silence through series of interviews to commemorate the demise of conservative commentator Rush Limbaugh.

Ivanka, who previously worked as senior White House adviser to her father, was rumored to have been considering a Senate run in Florida, where she and her family bought a home since his father left office.

Who Will Most Likely Run in Politics From the Trump Family?

Donald Trump remained mun on his political future in the interviews. He said it was too soon to talk about running again in 2024.

However, they were speculations that the other Trumps may follow in his footsteps in the political field. 9News reported that Lara Trump, the former president's daughter-in-law, still considered running for the Senate in North Carolina.

Ivanka Trump and Marco Rubio reportedly continued to praise each other for their efforts together working on issues they both care about like paid family leave.

Ivanka said he considered Rubio a "good personal friend," who "has been a tremendous advocate for working families."

"I know he will continue to drive meaningful progress on issues we both care deeply about," Ivanka Trump said in a statement.

On the other hand, Marco Rubio said he was "incredibly grateful to Ivanka for her friendship and support."

"The challenges working moms and dads face in today's economy are real, and Ivanka was a formidable and effective advocate for them," the Republican senator added.

According to The Guardian, Ivanka Trump pushed her father to pass a bill providing federal employees 12 weeks of paid parental time off. Another great project she has spearheaded was the Women's Global Development and Prosperity (W-GDP), an initiative to advance global women's economic empowerment.

According to The Washington Post, the initiative has already reached 12 million women that appeared to count all the women and girls living in countries where laws tend to discriminate against them.

The Washington Post added that the W-GDP aims to help women start their businesses, enroll in vocational schools, access loans, and redesign laws in countries that compromise women's ability to own property and work in the same job as men.

Since Ivanka Trump confirmed that she would not run against Marco Rubio, it puts the Florida Senator in a strong position heading into his reelection campaign next year.