Argentina President Alberto Fernandez denounces the scandal surrounding the COVID-19 vaccine. The country's health minister Gines Gonzales Garcia stepped down from his post after reports emerged that he had helped people in the country jump the waiting line to receive the vaccines.

Fernandez said that Garcia was a great minister and that he personally likes him.

"But what he did was unforgivable," Fernandez was quoted in an Aljazeera report.

Fernandez added that politics is ethical, and they have to end these types of practices, citing the Argentine culture of liveliness, craftiness, and the management of influences.

The president has reportedly asked Garcia to resign as health minister after the vaccine scandal was reported. 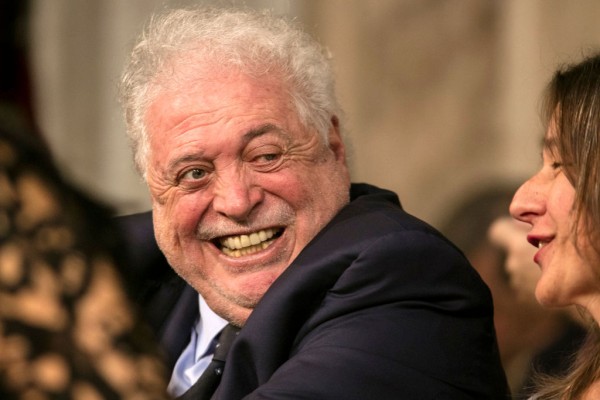 Garcia was replaced with 48-year-old Carla Vizzotti, a former deputy minister responsible for securing the Russian Sputnik V vaccine for Argentina, according to a Channel News Asia report.

The Argentina vaccine scandal was released after a 71-year-old journalist, Horacio Verbitsky, announced on the radio that he had been able to get vaccinated in his office ahead of the general population. He cited his long-standing friendship with Garcia.

Argentina has started vaccinating its people. However, health care workers had only been the ones who had received the jab until Wednesday. Over-70s in Buenos Aires province were also invited to be vaccinated.

"I don't tolerate things like this, nor do I do things like this. I drive my own car; when I wasn't a government official and I was invited to skip the queue via the VIP lounge, I refused it. As president, I cannot allow these privileges to be granted," said Fernandez was quoted on a report.

Local media said that the public prosecutor's office had opened an investigation into the vaccine scandal. Vizzoti then insisted on Sunday that there was no VIP immunization program.

Argentina has received 1.2 million Sputnik V vaccine doses so far, with 580,000 doses of COVISHIELD from the Serum Institute of India.

Meanwhile, this is not the first time that a Latin American country has received backlash after prioritizing well-connected people for immunization. In Peru, the media has called the vaccine scandal in their country a "vaccine gate."

The vaccine gate claimed to have the previous Peruvian president, his wife, and other well-connected citizen vaccinated against COVID-19, before the Chinese-developed shots were available to the public, according to a Los Angeles Times report.

The scandal prompted resignation of Peru's foreign and health ministers. About 500 people are said to have received the early courtesy doses.

The former health minister of Peru, Pilar Mazzetti, said that nothing excuses what she did. She added that she took this decision with the fears and limitations of a human being, and she recognized the situation as the worst mistake of her life.

The vaccine in question was produced by Sinopharm, which is one of the several Chinese pharmaceutical companies marketing COVID-19 vaccines in the Latin American region.