Los Angeles beaches are currently in a bad situation as a massive raw sewage spill happened on Sunday, July 11. The accident leaked around 17 million gallons of untreated sewage water. 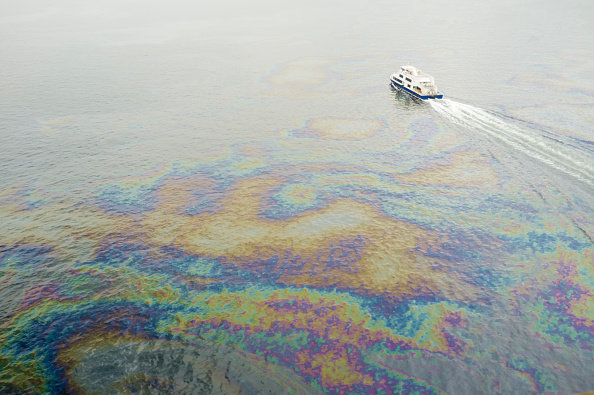 (Photo : Photo by Ricardo Funari/Brazil Photos/LightRocket via Getty Images)
Oil spills below Rio-Niteroi bridge in Guanabara Bay - the bay has been heavily impacted by urbanization, deforestation, and pollution of its waters with sewage, garbage, and oil spills.

As of the moment, L.A. Sanitation and Environment's latest tweet attracted a lot of people. One of the commentators also criticized the department, saying that why is the post not on time.

"I went swimming for ~45 minutes in Playa Del Rey yesterday evening, there wasn't a single sign posted stating the beach was closed / the water was contaminated. What are my next steps if I end up getting sick?" added another Twitter user.

According to Gizmodo's latest report, the health officials already closed the affected beaches. They also confirmed that multiple bacteria tests will soon be conducted before the areas are opened to the public again. 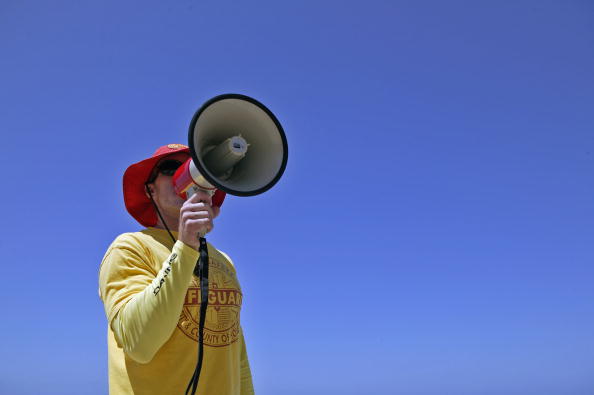 (Photo : Photo by Marco Garcia/Getty Images)
A lifeguard on Waikiki Beach uses a megaphone to alert swimmers of sewage contamination in the water April 3, 2006 in Honolulu, Hawaii. With near perfect weather across Oahu, Waikiki Beach is near empty of swimmers due to the sewage spill which diverted millions of gallons of raw sewage into a nearby canal last week.

On July 11, the sewage treatment plant Hyperion Water Reclamation Plant claimed that it was forced to discharge a huge amount of untreated sewage waste. The company confirmed that it opened a pipe, which is only 1.6 kilometers offshore and 15.2 meters below the ocean's surface.

Meanwhile, one of the representatives of the sewage treatment plant said that this is currently the largest sewage dumped they conducted for the past few years. Although 17 million gallons of untreated sewage water is really a big deal, the company said that it is only 6% of its daily load of sewage waste.

Lists Of Closed Beaches and Other Details

County of Los Angeles Public Health provided the list of the affected beaches:

Many public health officials are still warning the public not to go near the mentioned beaches. They added that people should currently avoid swimming near these areas to avoid getting contaminated, especially since the bacteria tests are still pending.

But, Los Angeles County announced that if the required tests came out to be clear, there's a high chance that the affected beaches will go back to normal.