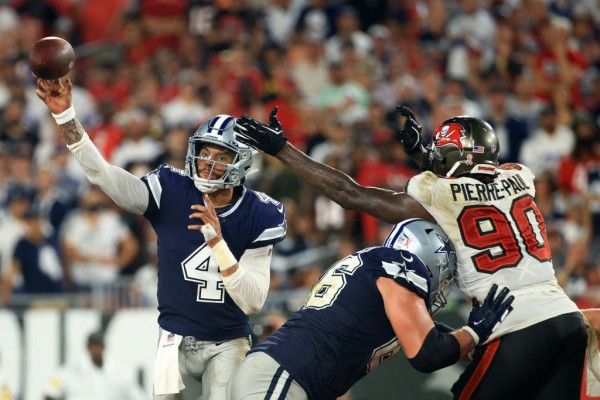 The Dallas Cowboys will have to face their opponents in their NFL Season opener incomplete, as two of their offense starters, La'el Collins and Michael Gallup, will not be able to make it to some of their games due to some issues.

The misfortune of Dallas Cowboys' two players happened after the team's starting right guard Zack Martin was placed on the COVID/reserve list after testing positive for the notorious disease.

READ NEXT: Brazil Drains Two First Half Goals to Beat Peru 2-0, Comes Back Strong After Chaos With Argentina 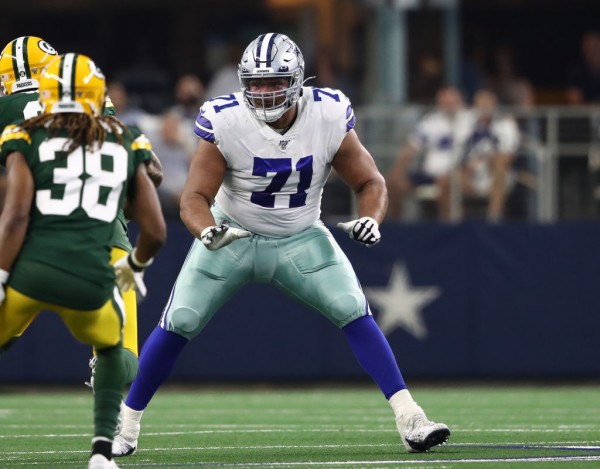 "The extent and effort the NFL went to accomplish its end is appalling," Schafer said in a statement, adding that they were "extremely" disappointed on how the league handled the situation.

According to the 2020 update to the NFL's policy on substances only mandates fines, not suspension, as the league's disciplinary action for "unexcused failure to appear for testing" for players in Stage Two of the program.

Although suspended for five games, Collins can appeal the league's decision to either an overturn or reduction. However, CBS Sports reported that the process will involve an arbitrator, who already ruled in favor of the league.

With the suspension in effect, the Dallas Cowboys will face Eagles, Panthers, Chargers, Patriots, and Giants without Collins. the team's right tackle will be eligible to play on October 18. However, if ever there will be changes in his appeal process, USA Today Sports highlighted that Collins would not appear in the arena until their team's October 31 game in Minnesota.

Until the matter is resolved, Collins' position as right tackle will be filled in by Ty Nsekhe and Terence Stelle. 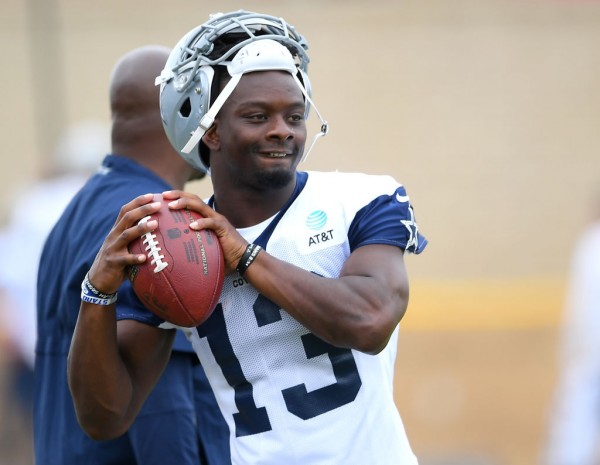 Apart from Collins, the team's wide receiver, Michael Gallup, will also be missing some of the team's NFL matches, as he sustained an injury following their match against the Buccaneers on Thursday.

According to a source with knowledge on the player's injury, Gallup sustained a calf strain as he exited their match earlier, which ended with scores 31-29 in favor of the Buccaneers.

As a result, Gallup is expected to miss three to five weeks. Meanwhile, Dallas Cowboys head coach, Mike McCarthy, confirmed that Gallup will miss their team's Week Two game against the Chargers. McCarthy did not further discuss the injury Gallup sustained on Thursday's match.

Despite his early exit, Gallup posted at least four receptions and 36 receiving yards on seven targets. With the wide receiver out, Dallas Cowboy's defense on Thursday featured CeeDee Lamb and Amari Cooper, who combined 243 receiving yards and three touchdowns.

READ NEXT: Michael Jordan Says Only LeBron James, Kobe Bryant, Tim Duncan, Dirk Nowitzki Could Match up Against Him if They Play in His Era

© 2021 Latin Post. All rights reserved. Do not reproduce without permission.
Most Popular
Our Picks
In Other News
US News
Taliban Executes Public Hanging With a Dead Body Suspended From Crane; Note Says the Hanging Was “Punishment for Kidnapping”
US News
Donald Trump Leaves 13 Seats Empty at Georgia Rally to Honor U.S. Soldiers Who Died in Afghanistan
World
This Amazonian Invades TikTok! Here's How She Became a Social Media Star
US News
Why Are You Waking up With a Splitting Headache? Here Are Some of the Causes of Morning Headaches