The Congressional Hispanic Caucus Institute (CHCI) has announced that House Speaker Nancy Pelosi will be attending as a Special Guest in the upcoming 44th Annual Awards Gala to deliver her remarks.

The event, set on to take place in an all-virtual setting on September 23 (Thursday), will be hosted by best-selling author and award-winning journalist Mariana Atencio as the Gala Emcee. Additionally, internationally-recognized culinary innovator Chef Jose Andres and actress, philanthropist, and activist Eva Longoria - both previous recipients of the CHCI Medallion of Excellence - will both serve as show co-presenters. The 44th Annual Awards Gala is supported by long-time CHCI partner Bank of America as its Host Sponsor. Registration opens at the CHCI website. 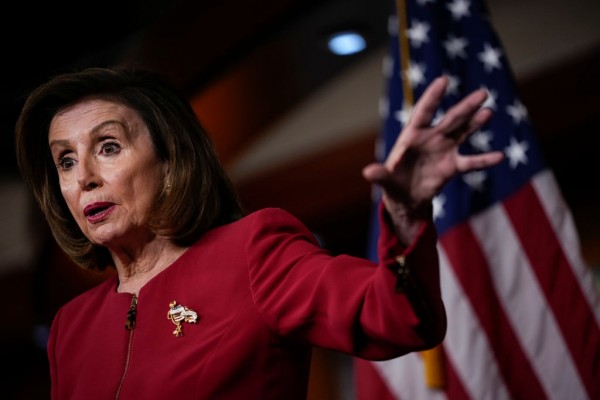 (Photo: Photo by Drew Angerer/Getty Images)
WASHINGTON, DC - SEPTEMBER 08: Speaker of the House Nancy Pelosi (D-CA) speaks during her weekly news conference at the U.S. Capitol on September 8, 2021 in Washington, DC. Pelosi spoke on a range of issues, including the debt ceiling and climate change.

Nancy Pelosi currently serves as the 52nd Speaker of the House of Representatives, making history in 2007 when she emerged as the first woman elected to serve as the Speaker of the House. Now on her third term, Pelosi once again made history in January 2019 when she regained her position second in line to the presidency, after Vice President Kamala Harris, making her the first person to do so after more than 60 years. Also, in 2013, she was inducted into the National Women's Hall of Fame at a ceremony held in Seneca Falls, known as the birthplace of the American women's rights movement.

The Gala Emcee for the CHCI 44th Annual Awards Gala, Medallion of Excellence awardee Mariana Atencio, is also a best-selling author, award-winning journalist, and sought-after speaker. She is also the co-founder of "GoLike," a premium multimedia production firm specializing in motivational narratives. Her TEDx Talk on authenticity, "What Makes You Special?," remains one of the most-watched videos on YouTube and has been translated into at least 13 languages. Her first book, "Perfectly You," was chosen by Audible and AppleBooks and was an Amazon Best Seller.

This year, the 2021 Medallion of Excellence in the Arts, Entertainment, Media, Music, or Sports will be given to award-winning actor, director, and producer America Ferrera. She made her mark on global audiences with her breakthrough role as "Betty Suarez" in the ABC hit series "Ugly Betty," with the role landing her a Golden Globe, an Emmy, and a Screen Actors Guild Award.

For the 2021 American Dream Medallion in Education, Science, Medicine or Civil Rights Award, Sylvia Mendez will be receiving the honor in recognition of her and her family's efforts toward giving Latino children the same quality education that White students receive in the US. She was also a previous recipient of the Presidential Medal of Freedom, the highest civilian honor, presented by President Barack Obama.

The Congressional Hispanic Caucus Institute (CHCI) is the premier Hispanic nonpartisan and nonprofit 501(c)(3) organization in the US. Its services are dedicated toward the development of the next generation of Latino leaders by providing experiences on policy, public service, and leadership to students and young professionals. The CHCI also convenes Members of Congress, public officials, nonprofit advocates, corporate executives, and thought leaders to discuss issues affecting the Hispanic community and the rest of the nation.