Perpetual Etude Returns With Sophomore Track 'Once We Were One'

Heavy metal act Perpetual Etude has released their second single, "Once We Were One," together with a lyric video.

The song marks their second single from their debut album, "Now Is The Time." This upbeat track is built on blazing guitar and keyboard solos paired with fast and heavy riffs and melodic vocals. Additionally, its lyrics evoke vivid imagery through the use of witty wordplay and poetic references, bringing gravitas to its message of working through hell and back to get back lost love. 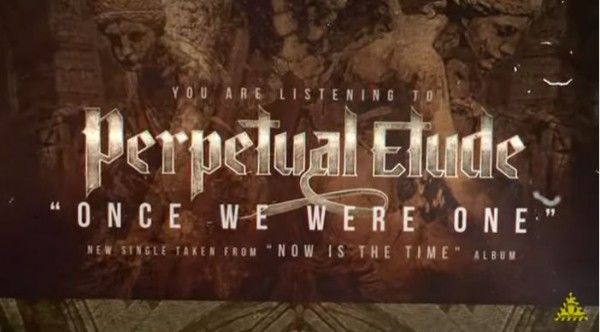 "Once We Were One" follows the single "Show Me," released about a month ago. With these two tracks, heavy metal fans can see the power in their music and the coherence in their themes - making their album "Now Is The Time" worthy of everyone's time. The latest Perpetual Etude track is now available on major music streaming platforms.

Perpetual Etude was formed in 2019 by Magnus Mild with the sole intention of bringing back the best of the heavy metal scene from the 80s. Heavily influenced by the genre growing up, Magnus collaborated with members from NorthTale and members from Dionysis, Shadowquest, Nation, and Göran Edman on "Sail Away" to complete and bring his vision to life. This results in the best of an entire decade compressed in the amazing debut "Now Is The Time," an album filled with blazing guitar riffs, keyboard solos, and catchy choruses.

"Now Is The Time" is set for release on October 15. Listen to "Once We Were One" below: