Fly the Nest Opens up on New Single ‘Say Hello’

"I wrote this quite a long time ago." So says Stephen Cooper, the mind behind Fly the Nest, of his latest single, "Say Hello." "Now just seemed like the right time for this song."

Featuring a blend of Fly the Nest's signature cinematic rock, and a newly intimate subject matter, Cooper explains that this song sees him writing purely from the heart, a departure from some of the more global themes of his discography to date. This song permits a certain sentimentality for both Cooper and listeners. "Something doesn't work out, and you're waiting for that person to come back - you could nearly be waiting till you're an old man. It gets into that." 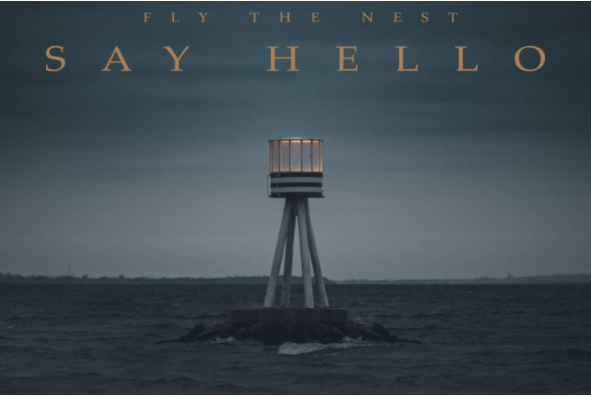 The track is built out of a haunting atmosphere, and a fascinating coupling with what Cooper describes as a "90s oasis vibe". "I like to keep that cinematic vibe going through my songs. The emptiness of the start, by the end, it's all built up. And yet this song is simple - it's about the power of someone just saying hello."

"Say Hello" was written by Stephen Cooper, and produced by Pete Doherty. Its artwork was created by Julien Jensen, and seeks to evoke a sense of idleness, and a longing for contact.

Similar artists: Catfish and the Bottlemen, Oasis, The National, Nothing But Thieves, London Grammar, Jóhann Jóhannsson

What people are saying:

"A fierce track... 2021 is proving to be another big year for Fly the Nest" - Kate Brayden, Hot Press (Two-Time Track of the Day Selection)