This week on the Wrongful Conviction podcast (a Lava for Good series), Jason Flom talks with Stephanie Spurgeon, the Florida woman who spent nine years in prison despite maintaining her innocence after being convicted of manslaughter in the death of 1-year-old Maria Harris. 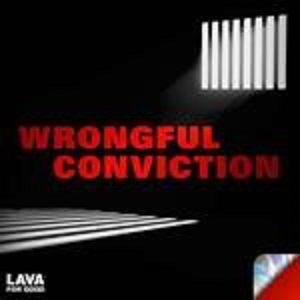 ALSO READ: After a Netflix Biopic, a Podcast Will Be Released To Explore Selena's Legacy and Impact on Latino Culture

Spurgeon was a married mother of two who had been running a daycare facility from her home for 15 years. On August 21, 2008, Stephanie took care of Maria for the first time. Maria's grandmother picked her up that day, but soon noticed Maria was unresponsive. After eight days in the hospital, Maria passed away.

Because Spurgeon was the last supervisor of the child, she was accused of murder and convicted of manslaughter based on the prosecution's argument of Abusive Head Trauma. After nine years in the Florida prison system, numerous Innocence Projects helped Spurgeon assert her innocence, and in 2021, she accepted an Alford Plea and was finally freed.

In Wrongful Conviction, Flom discusses the details of Spurgeon's case (including Shaken Baby Syndrome - a junk science theory that was previously covered by attorney Josh Dubin in his podcast Wrongful Conviction: Junk Science). Flom also talks with Spurgeon about her time behind bars, her day-to-day routine during those nine years, her lowest points, and the high points that helped her survive until her release.

To listen to this episode and explore all the Lava for Good series, visit www.lavaforgood.com or find them on every major podcast platform.