Latino Voters Will Make the Difference in the 2020 Presidential Elections, If They Vote 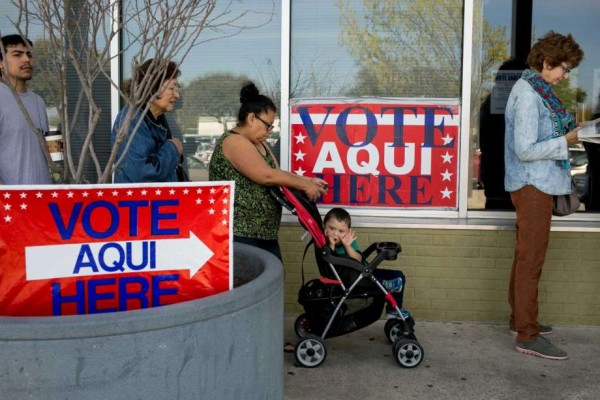 Curent U.S. President Trump created a coalition--Latinos for Trump--to support his re-election bid amidst the impeachment inquiry he is currently facing. However, it was also observed that the coalition his campaign team created is not successful because recent reports and surveys show that most of the Latinos are not satisfied with his performance. Besides, some of those who ran during the state-side elections and were supported by Trump failed to win.

Latino voters will play a vital role in the U.S. 2020 presidential elections because they are expected to the largest race or ethnic group that has eligible voters. They have an estimated 32 million eligible voters and they are followed by the Black which is approximately 30 million while Asians are around 11 million. Latino voters are composed of 18 percent of the total voters in the United States.

In an article from AXIOS, the U.S. 2020 election is very historical for the Latino voters. It is undeniable that Latinos are growing rapidly in numbers in the country. Some cities like Tucson, who has the first female and Latina mayor, since time immemorial and the city is also dominated by Latinos and Hispanics. There are states like Texas, California, and Florida where Latinos and Hispanics make up a significant portion of the population.

The surging numbers of Latino voters could help both the Democrats and the Republicans only if they get the majority of them. However, according to the Pew Research Center, most of the eligible Latino voters have not voted since 1996. It can be recalled that in a previous article published in Latin Post, it was mentioned that there is a need to educate memebers of the Latino on how important it is to practice their right to vote. If given that these 32 million Latinos will vote, surely it could turn the table.

According to the managing editor of Sabato's Crystal Ball at the University of Virginia Center for Politics, Kyle Kondik said that one of the problems of the Democrats and Republicans is to turn the Latino and Hispanic voters into actual numbers. It is indeed true that there are 32 million Latino eligible voters, but only a few of them go out to their house and vote during the election.

It is also expected that the number of Latino voters continues to grow because there are still around 15-18 million Latinos who are not registered to vote.

Kumar said that Democrats are desperate to turn 2.5 million eligible, but not registered, Latino voters in Texas to participate in the U.S. 2020 elections that can sway the results of the election. Meanwhile, Kondik also said:

"There is always the possibility that Republicans will continue to struggle with non-white voters, but can make up for that by pulling an even higher share of the white vote," Republicans can have a chance to combat the number of Latino voters if they can get the majority of caucasion votes in the Midwestern states where Democrats have seen to be dominant.