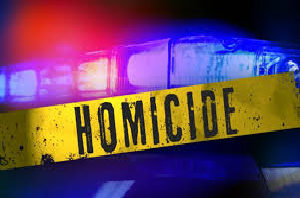 The homicide rate in Mexico reaches its highest peak in March amid COVID-19 since the country began tracking in 1997, according to a recently published article.

It's business as usual for Mexican cartels despite the presence of the global health and economic crisis brought by COVID-19. Last week, at least six people were assassinated by the Elite Group of the Jalisco New Generation Cartel.

The Jalisco New Generation is considered as the country's most powerful Mexican cartel, and their most rival cartel is the Santa Rosa de Lima that is backed up by other cartels in the country. The two cartels are both fighting for territory, fuel theft, and drug trafficking.

In the recently published report, there were six people who were assassinated by the Jalisco New Generation because they supported their rival cartel, the Santa Rosa de Lima. Following this, they hijacked cars and burned it in an attempt to evade capture.

The recent killings only add up to the present spiking number of homicide and killings in the country. Murder has been one of the major problems that the current administration is trying to solve.

HOMICIDE RATE IN THE COUNTRY

In a recently published article, there were nearly 35,000 people killed in March. According to the report of the Secretariat of Public Security, they have seen an increase of 2.5 percent of killings this year. This simply means that an average of 95 homicides are committed every day.

Meanwhile, it is not clear as to how many of the homicides and murders are related to the cartels. The spike of murder in the country comes after the federal and state officials put resources and fundings to contain COVID-19 and confront the dying economy of the country.

Falko Ernst, the senior analyst at the International Crisis Group in Mexico, said: "It's business as usual [for drug cartels] with a risk of further escalation, especially if at some point the armed forces are called away for pandemic control."

Violence has been experienced across the country, and this is also one of the reasons why many Mexicans are seeking American asylum. Usually, either one member of their family is pressured to join a cartel or is suspected of supporting a rival cartel.

Meanwhile, it can be recounted that President Andres Manuel Lopez Obrador said that he expects a drop of violence at the end of March due to the COVID-19 cases. However, it did not turn out to be like that. Instead of experiencing a decrease, a significant influx was reported.

Moreover, this is one of the biggest problems that President Obrador faced during his first year of office as President in the country. Before he took his office, he said that there are two root causes of these crimes, and these are poverty and corruption.